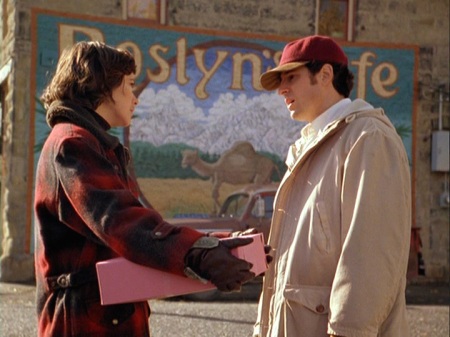 In “Baby Blues”, Shelly begins to take giving birth and raising a child seriously, and she becomes concerned. By the end of the episode, she embraces the idea of becoming a mother and resolves to look at the experience as “the ride of [her] life.” Ed goes through a similar process with his screenplay as Judd exposes him to the messy process of compromising his vision to give birth to a film that is more likely to get made. He eventually returns to his unrevised script, which is the version that he wants turned into a film.

The moment that first makes Shelly’s pregnancy feel more real is right after Joel tells her that the baby seems healthy, when he says that she needs to “make a few decisions” and come up with a “birth plan.”

Judd tells Ed that his script (i.e., his baby) is healthy, that it’s “real sharp” before asking him if he’s “open to input.” 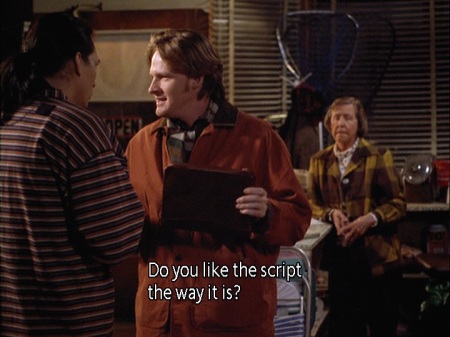 At her shower, Shelly is suddenly presented with a variety of non-ideal examples and results of childbirth, from face presentations and umbilical stumps to stitches and rectal thermometers. 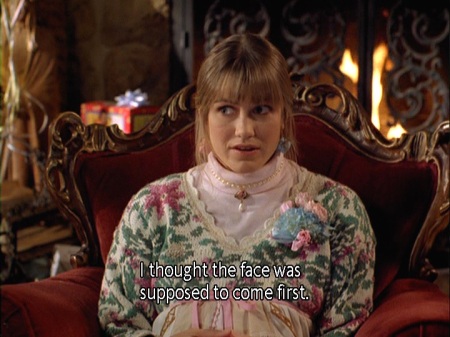 In the next scene, Judd explains that he needs to “cut the women [in his script] way down” and that perhaps the character in Ed’s script for The Shaman shouldn’t be a shaman. By the end of the scene, the idea for the film is unlike anything in Ed’s original screenplay. It would be a stretch to liken the pains of childbirth to the pains of giving birth to a feature film, but clearly the image of Ed’s film with its main character (no longer a shaman) riding a snowmobile and shooting a couple of AK-47s is pretty painful — maybe not “face presentation” painful but at least “rectal thermometer” painful.

Shelly is able to accept childbirth and motherhood through her imagined encounter with Medea, Olympias, Queen Victoria, and Mother Nature. She is finally able to make decisions about her birth plan and see giving birth as “the ride of [her] life.” 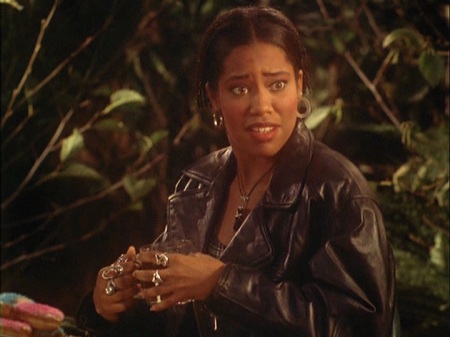 Ed makes drastic changes to his script. It is only with the death of Judd that he catches himself — and who he has become, a sort of Hollywood Ed — and returns to his original, uncompromised screenplay, the one he’s going to mail to other Hollywood agents, who may be more receptive to his vision than Judd was. 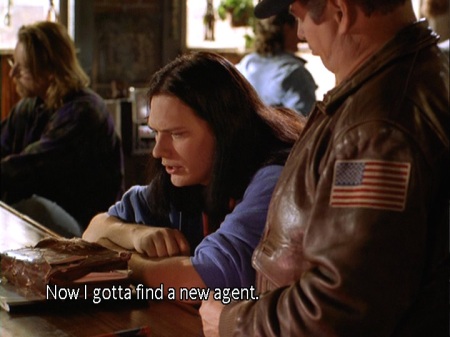 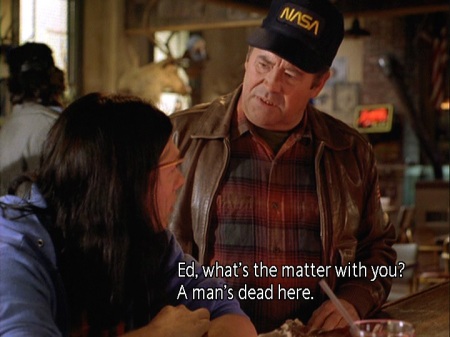 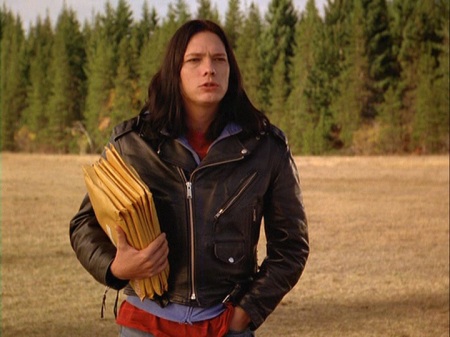 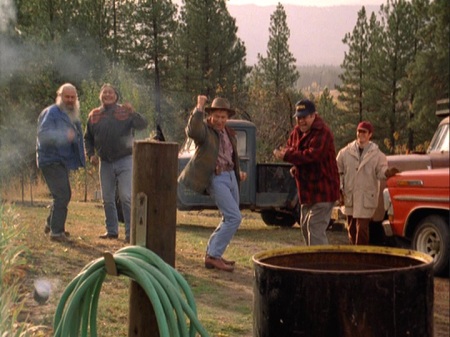 The Good: We very much enjoyed the dynamic between Chris, who wants to get in touch with his inner woman and Eve, who puts him in his place. Hilariously amusing.

The Bad: We aren’t very sure why there was the montage of baby wolves, coyotes, and foxes at the end of the episode. It seemed totally random to us.

The Notable: Grunge makes an appearance in the form of Judd Bromell, who quotes lines from Nirvana: “Here we are now, entertain us!” 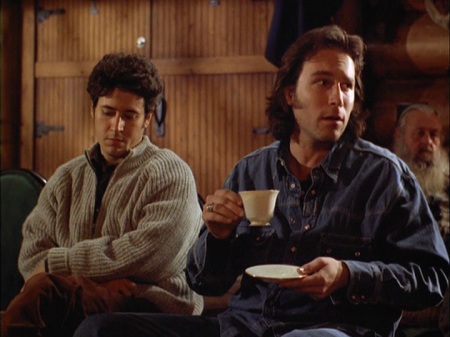