Log line: Joel is traumatized by the natural death of an older patient and friend; Maurice is devastated when Shelly lies about ever loving him; Maggie has a nagging sense that something is missing when she spruces up her house for winter hibernation. 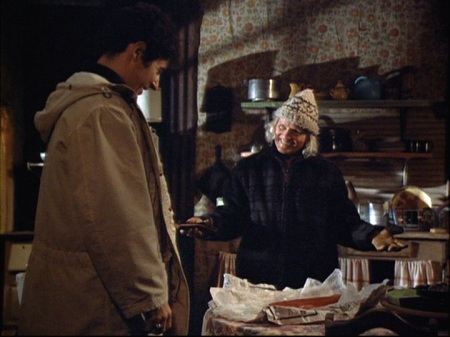 We’ve talked and written about how death is a common theme in Northern Exposure, and over the seasons we’ve had quite a few minor characters die on the show. However, in 5.9 “First Snow,” death again comes into the foreground. Yet, as is typical of the show, death is mixed up with life and nature; as characters struggle with death, viewers are reminded of the bigger picture, how death is, after all, a supremely natural thing. 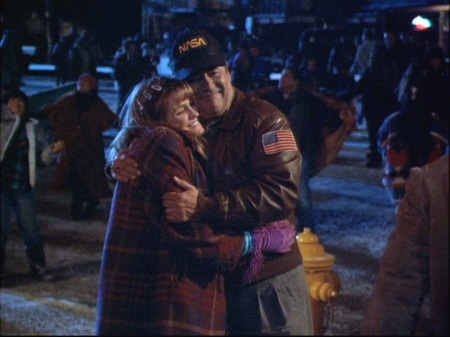 When Joel hears that Nedra is dying, he desperately runs medical tests to find a physiological basis for this fact, but when faced with no answers, he finds it difficult to accept death as a natural end point in living. His whole life as a doctor has been spent thinking “death is the enemy”. Significantly, Nedra’s death occurs in the turning of the season, as a bountiful autumn is transforming into a death-like winter. Ruth-Anne reminds Joel, “Tell me, do you reproach yourself when winter comes, when the grass dies and the leaves fall from the trees? Nedra died because it was her time.” 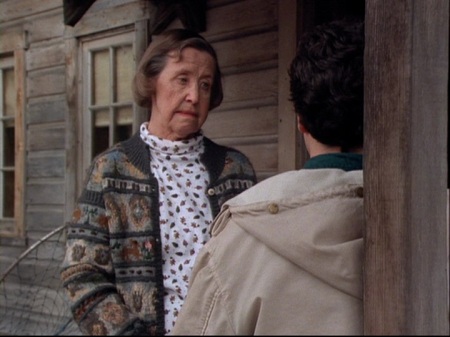 In a story filled with the idea of death, the images in this episode are filled with life. There are numerous shots of nature, green trees, animals (dogs in particular, but also salmon, which always signify a type of rebirth). The scenes are filled with life and nature. Even though snow is expected (a kind of death), Cicelians embrace the first snow joyously and with delight and celebration. Winter and death are natural, and attitudes are free from fear and judgement.

The idea of life and nature are also reflected in the abundance of the colour green in the episode. Joel, for example, wears more green shirts in this episode than we’ve ever seen him in before. 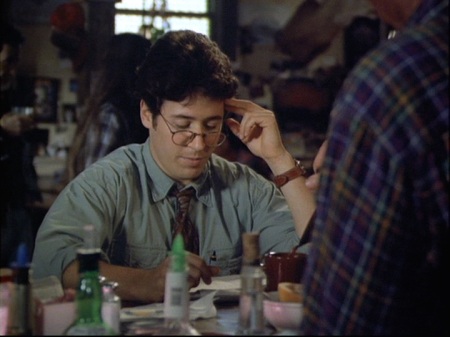 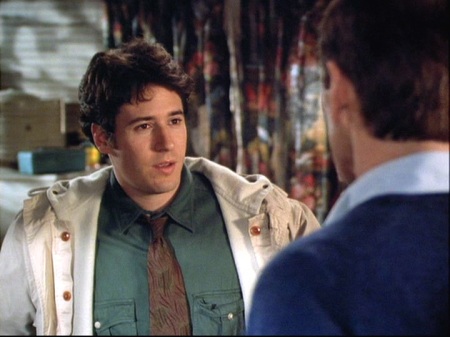 Even his new truck is a deep forest green. 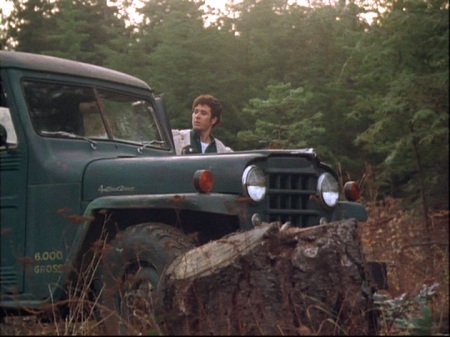 In a key scene, when he is “fighting” death, he wears red, the colour opposite green in the colour wheel. 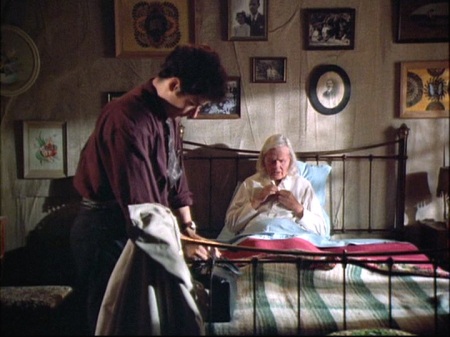 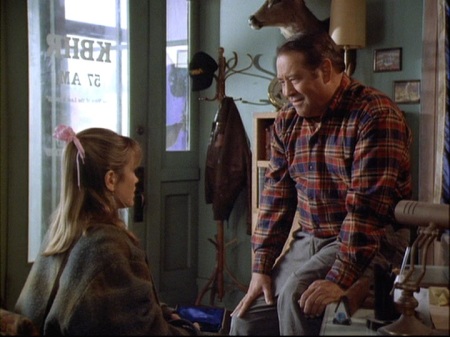 Many of the characters are dressed in green. 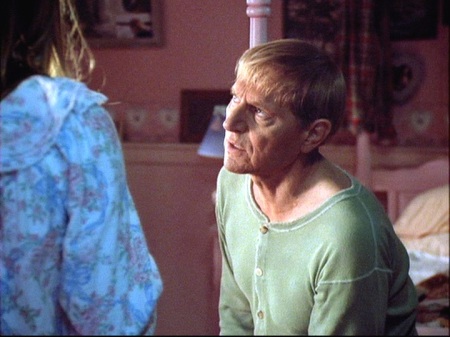 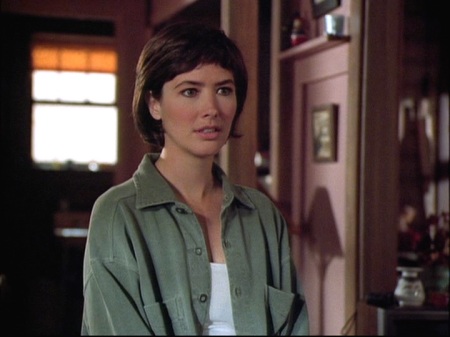 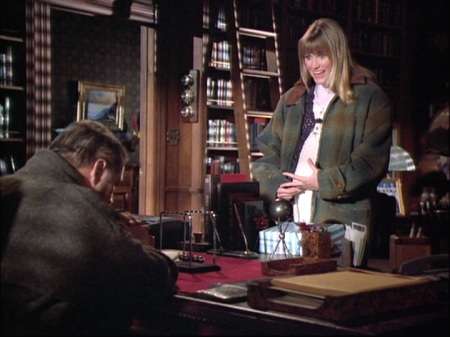 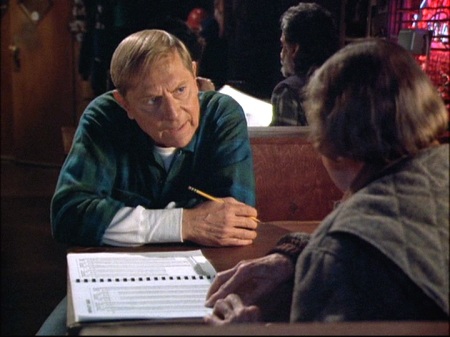 Signifying even more life, the very pregnant Shelly wears many different florals in this episode, and Ruth Anne wears a leaf patterned turtleneck. 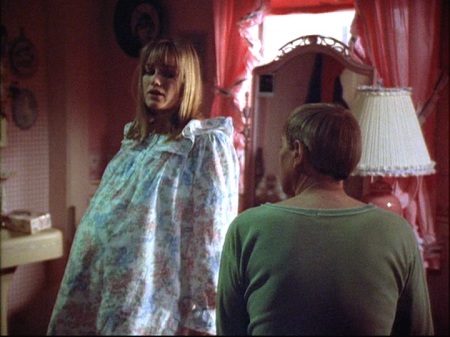 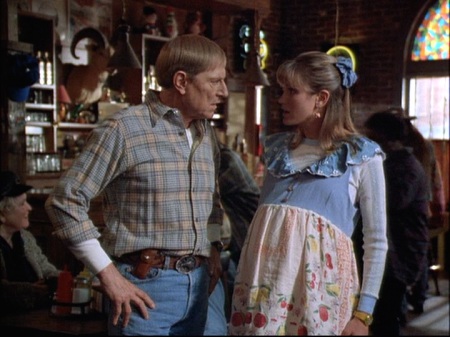 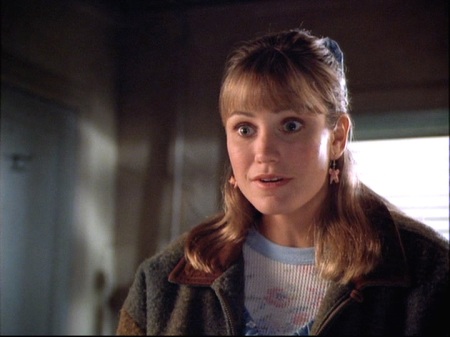 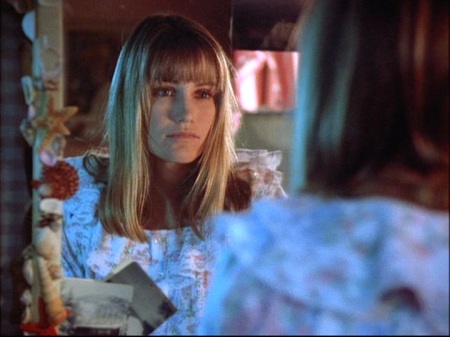 Even Maggie’s new addition to her cabin is an overstuffed floral green armchair. 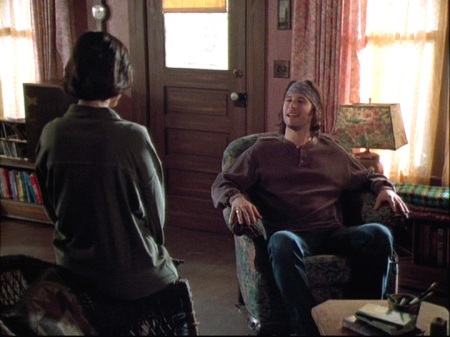 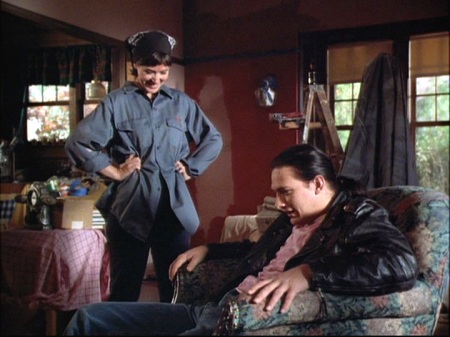 Life and death sit side by side in this episode. While Nedra passes, we are still reminded of life, even as winter approaches. How fitting that Cicelians welcome the first snow with hugs and joyous greetings. 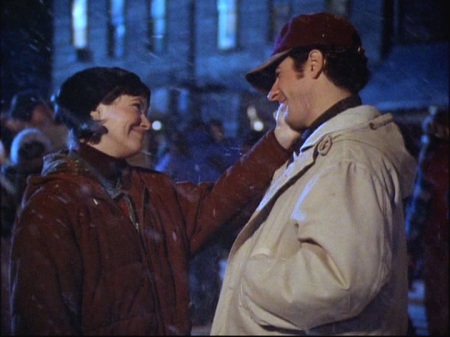 The Good: We really enjoyed this episode, especially the character of Nedra Larkin. But its most memorable and transcendent moment is the conclusion, with the first snow of the season, embraces, and “Bon Hiver!”-ing.

The Bad: One of us didn’t love that Maurice continued to cling so tightly to the brief and “precious jewel” that was his two weeks with Shelly. (That was three years ago, she’s not into you, and she’s married to your best friend. It might be time to move on.) We also wish Maggie didn’t seem to put so much stock in how three men felt about the chair she purchased.

The Notable: We learned that Holling is the Assistant Mayor and that one of his duties in this role is to determine how many graves need to be dug in a given year. 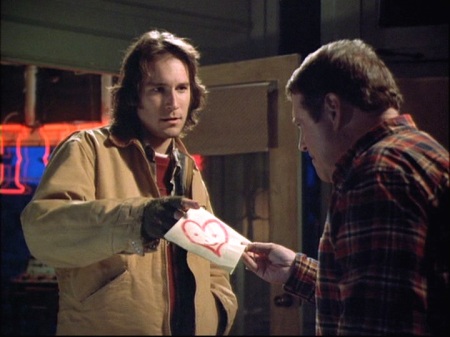