Title: A Cup of Joe

Log line: Holling and Ruth-Anne discover that their grandfathers knew each other – and one ate the other; Chris attempts to become a licensed pilot; Joel discovers that Marilyn is a supersleuth. 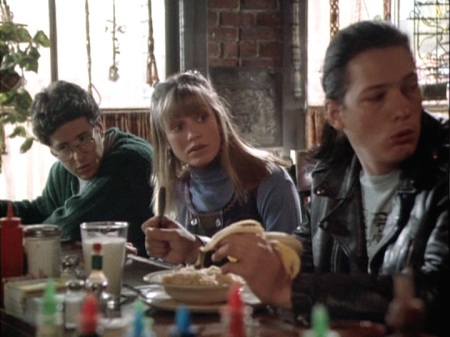 More than most episodes of the show, “A Cup of Joe” (5.9) seems to echo past events and storylines in the series. It even manages to nod to the previous episode, “Heal Thyself” (5.8) with its breathing exercises and final shot of the laundromat. 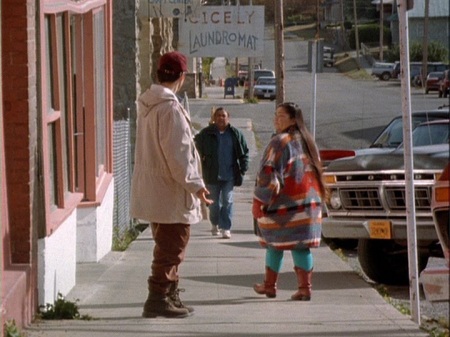 The scene with Holling and Ruth-Anne birding is reminiscent of a similar moment in “Love’s Labour Mislaid” (4.17). 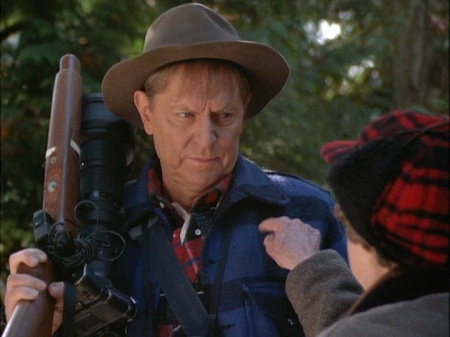 Maurice’s line that “the Stevens bunch are quitters” comes directly from “A Kodiak Moment” (1.7), when Chris was briefly taken under Maurice’s wing and could have become Chris Minnifield.

Marilyn as “crime solver” and her deductive techniques harken back to two previous amateur sleuths in Cicely: Ed in “Spring Break” (2.5) and Maggie in “The Mystery of the Old Curio Shop” (5.2). (It’s worth noting that part of Maggie’s exposure therapy with Chris involves #2 pencils and Ed initially said the clue that led him to Chris in “Spring Break” was a Ticonderoga #2 pencil.) 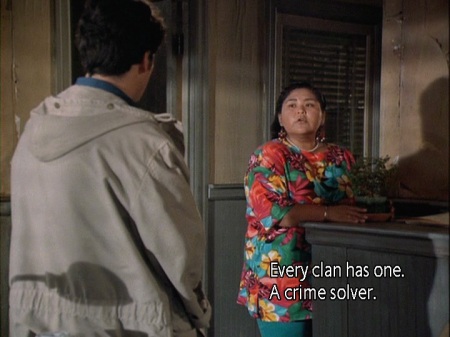 The ceremony of taking the written exam resembles the ceremony of voting in “Democracy in America” (3.15). And Maggie wears the same American flag sweater in both episodes. 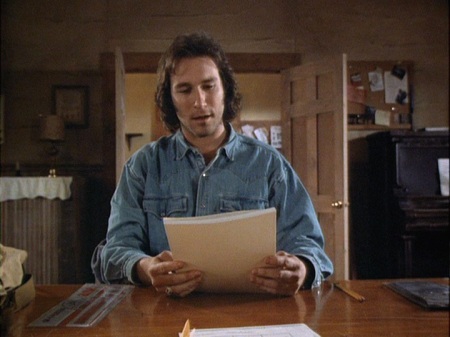 We have the story of a body freezing to death and a diary, elements that were also featured in “The Body in Question” (3.6).

Shelly gives Chris the good luck garter she wore when she won Miss Northwest Passage, an event that has been referenced many times in the series so far.

One of the aspects of Northern Exposure that we appreciate so much is how small moments will gain resonance if you’re familiar with past episodes and “A Cup of Joe” is a perfect example of how little details can form an emotional connection to a shared history with the residents of Cicely.

Themes / Recurrences: The past; death; judgement;

The Good: Although we loved Chris in this episode, we especially love Maurice’s ambivalent reaction to learning that Chris is learning to become a pilot. It really shows us the strong father/son type bond these two have developed over the years.

The Bad: Both of us thought the Hayden Keyes storyline was unnecessary, although we liked the idea of Marilyn being a super sleuth.

The Notable: After reading about cannibalism in the diary, Ed avoids meat, eating toast, Malt-O-Meal, and a banana. 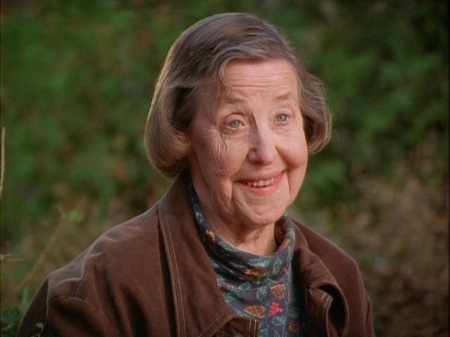