Log line: To celebrate her thirtieth birthday, Maggie spends the weekend camping alone to reflect on her life an cleanse her soul. Marilyn asks Chris to help her learn how to drive. Maurice rambles endlessly into a recorder about his past in an attempt to write his memoirs. 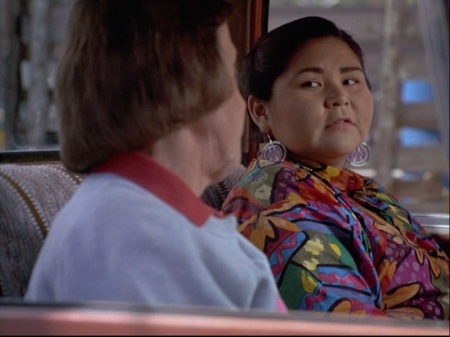 In the finale of the third season, Northern Exposure explored the town of Cicely’s history in the episode “Cicely.” Through the narration of centenarian Ned Svendborg, characters are transported back in time to the town circa 1909. The season opener of the fourth season similarly ruminates on the past, but this time the histories are of a personal nature. Journeys abound throughout this episode, from Marilyn learning to drive, to Maggie going up river on her 30th birthday. These physical and geographical journeys are, of course, metaphors for the emotional journeys that the characters have taken or are about to take. 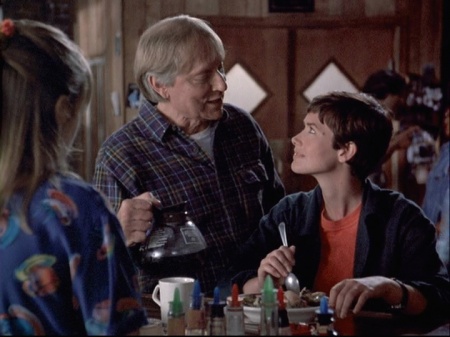 Amazingly enough, nearly all of the characters featured in “Northwest Passages” look back on their past and reflect on their lives. This week, we’ll take a look at how each character approaches going on the voyage to their past. For Maggie, the central character of this episode, the journey is a physical one, as we see her canoeing to an Ed-marked spot to be alone, and “spend quality time” with herself on her birthday.

Of course, because she is turning 30, she has also reached a milestone in her life; she feels the need to unburden herself of the past and decides to perform an Indian ritual where she writes letters to those people who are holding her back in the past (both living and dead).

As the day approaches, it is clear that she piles on a lot of her emotional baggage on this day, from her childhood with her passive aggressive mother, her absent father, their divorce, and the string of accidentally dead boyfriends. 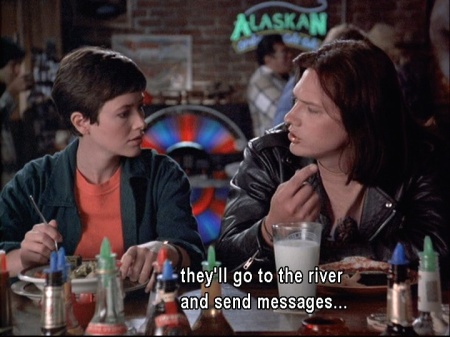 Yet even the physical and emotional expedition is not enough for Maggie; in her infection-induced fever she travels to another place, a dream place, or a place of a vivid vision. She imagines herself at a picnic with all of her dead exes, and all of her issues, flaws, insecurities are laid bare. 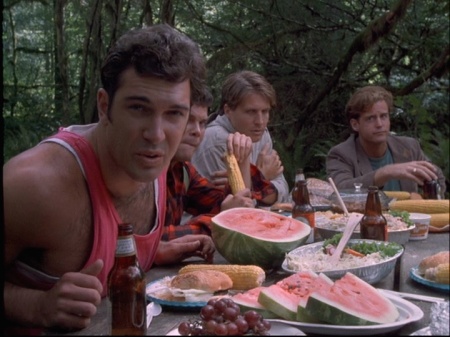 Finally, Maggie’s story ends with another journey, a helicopter air lift to the hospital to take out her appendix. She emerges from the trip(s), literally with a piece of her missing, scarred, but entirely whole. 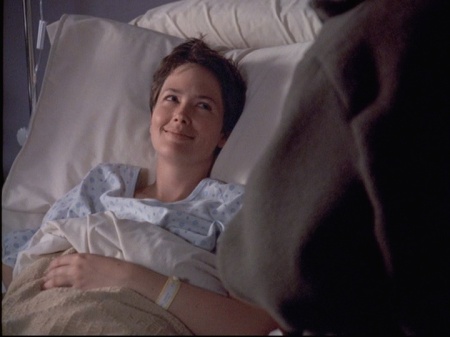 After a false start with Ruth-Anne, Marilyn chooses Chris as her guide to this new world of driving. 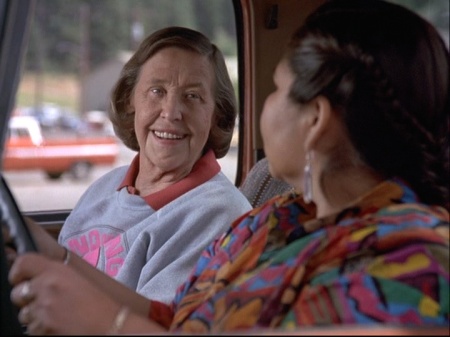 Together, they both go on a journey through the streets of Cicely. They are practicing driving, so there are really not going anywhere, but they are travelling nonetheless. Marilyn seems to accept the perils of driving with that same unfazed calm with which she approaches her normal everyday life. However, for Chris, this experience of being a teacher leads him to ruminate on his past, from the first time he ever drove at age 9, to all of the teachers he had in his past that have changed his life in fundamental ways. 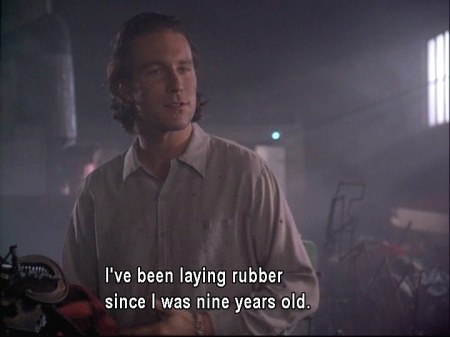 However, Chris’ adventure as a teacher ends in failure. He is over enthusiastic and ends up doing too much with a woman who really likes to just ‘be.’ Chris being the teacher ends up inadvertently placing more emphasis on the teacher than the student. 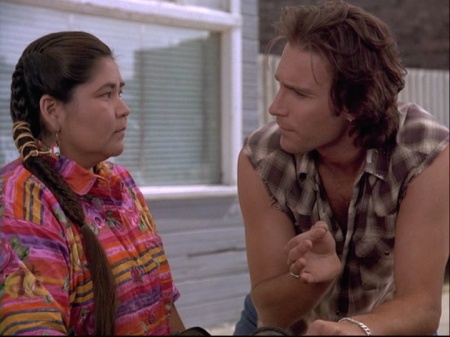 Never letting a learning moment pass by, Chris spends the night ruminating on his experience as a failed teacher on his radio show, showing us that even the recent past can be learnt from. 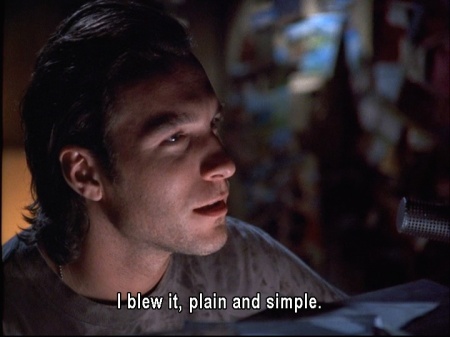 While Maurice doesn’t travel as much as Maggie or Chris, we do see Maurice walk around town a lot: from the Brick, to Ruth-Anne’s store, to the Brick again, and back to the store. (He seems to be the type of writer in the style of Wordsworth, who wrote best when he was walking. Perhaps this is related to his expressed admiration for Hemingway, who wrote standing up.)

Of course, Maurice’s main preoccupation is his past, as he is in the midst of writing his memoirs. We see him telling us about his life, from being made Colonel at the age of 30, to rites of manhood, to meeting Holling for the first time.

What is interesting about Maurice’s story line is we see how the past or our memories are carefully constructed. We shape our own life narratives to fit the audience, as for example we see Maurice embellish his first meeting with Holling (Holling corrects him, only to be rewarded by being demoted from supporting character to cameo in his book). What we believe about our past is shaped largely by how we think about these important moments in our lives.

The episode has numerous other mentions of the past, so here are a few more:

Joel laments his status as a former prodigy:

Ruth-Anne says that her life would have been just fine without kids:

Interesting enough, the only characters (aside from the usually silent Marilyn) who don’t examine their past are the young ones, Ed, and Shelly (who is pushing 21).

The Good: All three story lines work well together, with Maggie’s being particularly interesting. We truly loved her hallucinatory picnic with dead beaus past. Janine Turner’s performance was wonderful here.

The Bad: The fluctuating names of Maggie’s dead boyfriends is a bit problematic. (Where were Harry, who died from potato salad, and Roy, who succumbed to bad sushi?) The music isn’t as well integrated as in many other episodes.

The Notable: Sadly, this will be Grant Goodeve’s final performance as Rick. Goodbye, Rick and Grant. We’ll miss you both.