Log line: Joel is “light loony” and, with his enormous amount of excess energy, coaches the Cicely Quarks in their annual basketball game against Sleetmute. An old friend drops in to visit Ruth-Anne and outfits the town from his collection of fashionable ensembles.

A Long Day’s Journey into Night

In the days before the invention of the clock, the sun was used to tell the time, as people estimated the hour according to the sun’s position in the sky. Similarly, sunrise and sunset were used to dictate the start and end of the day, and people arranged their lives accordingly (especially in the days before artificial light). But what happens if the sun never goes down? It would seem that the day stretches into one “long day’s journey” or perhaps it might seem that time itself has stopped in an ever present present time.

In this episode, Joel manifests this confusion around time. He doesn’t notice when the day has ended and spends the whole night in his office, waiting for patients. He says, “It’s amazing. I missed last night.” 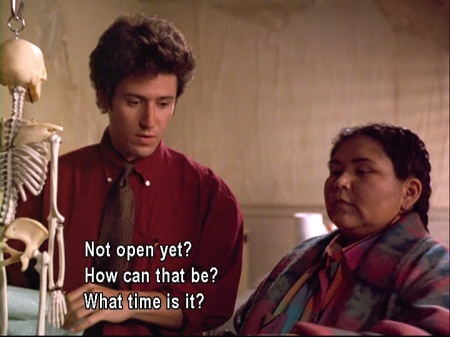 He visits Maggie at midnight, seemingly oblivious to the hour. 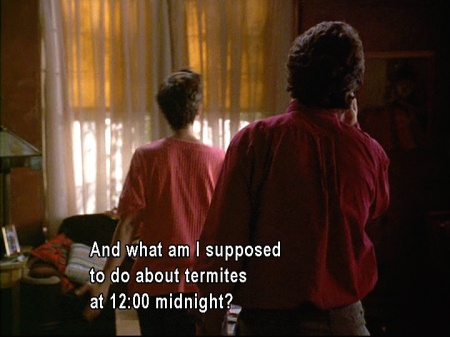 To Joel, the never ending sun gives him the opportunity to coach the Cicely Quarks, and even attempt to pen an epic basketball poem “Casey at the Hoop.” The light gives him an endless amount of time to do anything. Chris asks  him, “Got a sec?” and Joel replies: 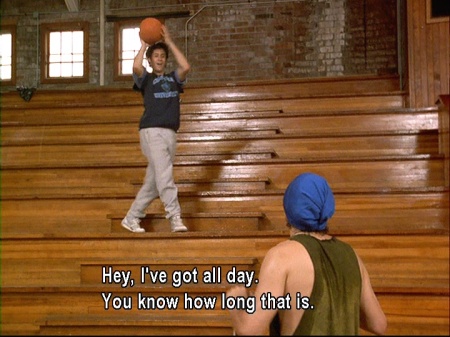 When Joel eventually crashes from sleep deprivation, he makes up for his long day by sleeping away three whole days. 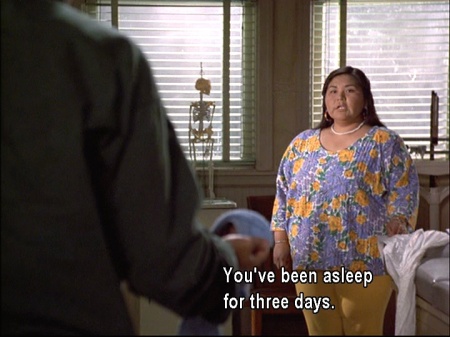 The Circle is Round

This is why the image of circles is so prominent in this episode. We begin with a shot of a bouncing basketball, which we see moving through town; even after the credits we follow the ball as it rolls into Ed’s arms.

As Ed remarks as he enters the Brick with the ball, “But that’s the good thing about round things. They can always roll back to where they’ve been.” 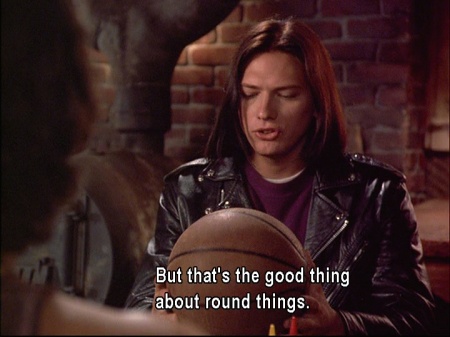 In another instance, Joel shows Chris that the key to a good basketball shot is rotation. 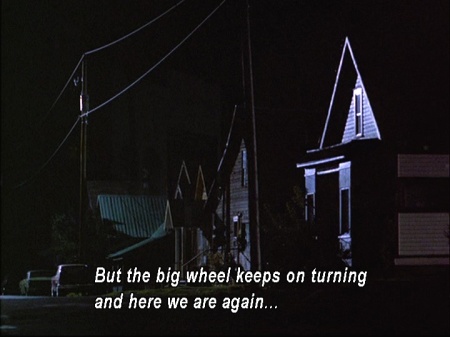 Time is back to normal, and Joel is back to his curmudgeonly self. Time has rolled back to where it’s been. The world seems to be spinning in it’s right way again.

We have, of course, other mentions of time, for example when Joel is seizing the moment: “Hey, it’s fate. When your time comes to conquer, everything comes your way!” 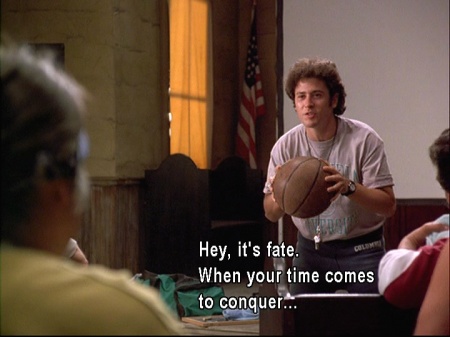 With the story of Gillis and Ruth Anne, there is a sense of time passing in a well-lived life. 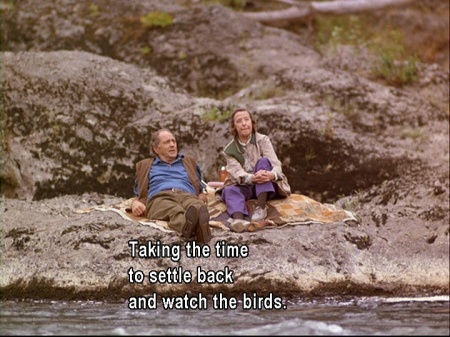 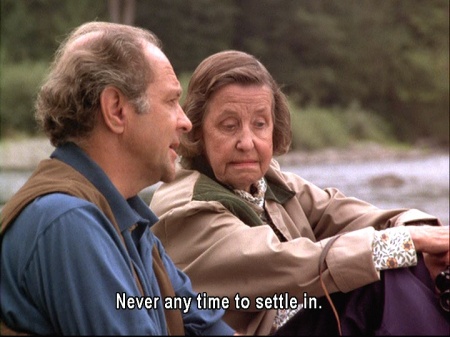 The Good: We always love it when Ruth Anne is featured prominently in an episode, because she is a delight to watch. We admire that the writers gave her a romantic storyline and actually broached love in later life.

The Bad: Both of us very much disliked the discovery that Holling has a cheerleader uniform fetish. That particular plot made no sense and it was a little distasteful from our view. 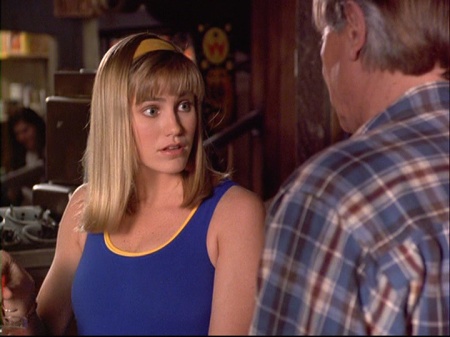 The Notable: This is probably the first time we’ve heard Joel declare, “I love this place!” Even if caused by too much sunlight, we felt Joel’s change in disposition from dismal to chipper pretty entertaining. 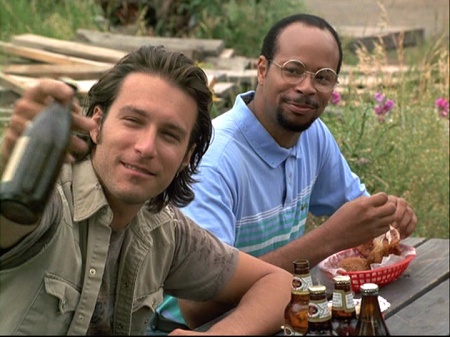