Log line: Joel stumbles upon an elderly sage who tells him the story of Cicely’s creation.

In many ways, episode 3.23 “Cicely” is a strange choice to end the third season. We veer off course from the main storylines and the characters we’ve come to know over the years; heck, we’re even removed from our familiar time period. It is indeed an unusual choice to set the episode in the past, to retell the story of the two female founders of the town, to introduce the audience to two new actors/characters we’re not familiar with and place them at the center of the story. It is a bold choice, a brave choice for a show that trusts its audience to come along and embrace what the show has to offer, wherever (and whenever) it may lead.

We are eased into the past by a present-day narrative frame. Joel hits an old man with his truck and takes him home to rest; the old gentleman then starts to tell the story of the founding of the town Cicely, from the time he was a young man in 1909. We see the historical characters played by the familiar residents of Cicely, and we even learn of a months-long stay by the one and only Franz Kafka (portrayed by Joel, of course).

Throughout the episode, we move back and fourth from past to present, as we experience the modern-day Cicelians’ reception to the unfolding story. This moving back and fourth in time does a few things: it keeps the narrative going along at a nice pace; it has the effect of having the characters as stand-ins for the audience (perhaps anticipating or even guiding their reactions); and finally, it prevents the audience from being too absorbed in the story of the past — that is, the structure makes us aware that we are hearing just a story (versus historical fact). 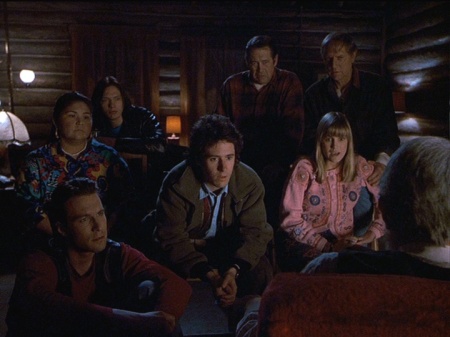 Why would the writers want us, the audience, to be aware that what we are seeing and hearing is merely a story? The episode is wonderfully filmed, is emotional and compelling, but perhaps we are not meant to view this narrative as the be-all-end-all of the founding of Cicely, even though the characters in the contemporary story seem to wholeheartedly believe (even the initially skeptical Joel).

And so we return to the previous seasons and previous episodes….

In the series, Roslyn, Cicely, and the founding of the town is mentioned twice. Once in the pilot episode (1.1), when Maurice shows newly arrived Joel the town:

A little quick math and the date Maurice says the couple founded the town is 1893 (the pilot airs in 1990).

The next mention of Cicely and Roslyn is in the second season, when the residents are celebrating Founder’s Day in “What I Did For Love” (2.4). Says Chris, “Tomorrow’s Founder’s Day, when we all get together out at the church and mark that special day back in 1932 when Cicely and Roslyn stalled out here on the cusp of the new Alaskan Riviera and had to make the best of a bad situation.”

Again, we get a different date that the town was founded, a date which everyone in town seems to celebrate annually in any case. Also different is how Cicely and Roslyn came to town — Chris maintains the reason was car trouble, while in the “Cicely” episode, the two deliberately set out to create an artists’ utopia. 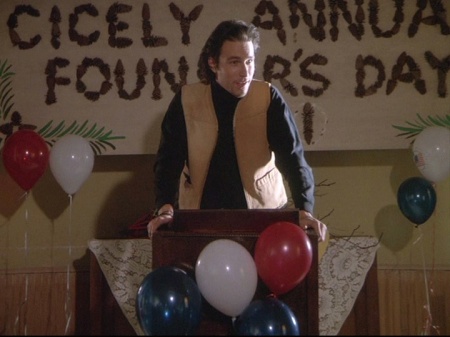 Different stories, different times. What do we make of all of this? Well, assuming it’s not just merely writerly error, we can take from this the idea of history as a kind of narrative that’s not exactly on firm ground. It shifts with the storyteller, it changes its foundations with every situation. The founding of Cicely told in this episode is not the story, it is merely a story.

That being said, let’s enjoy some images from the beautifully shot episode, shall we? 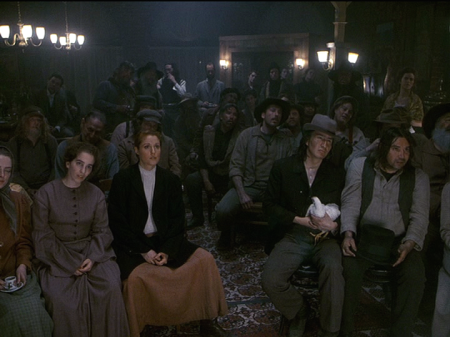 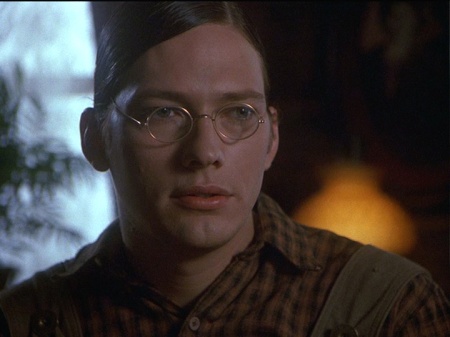 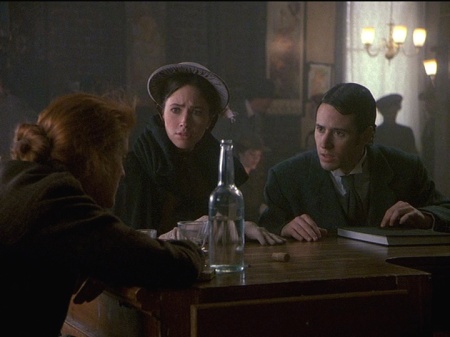 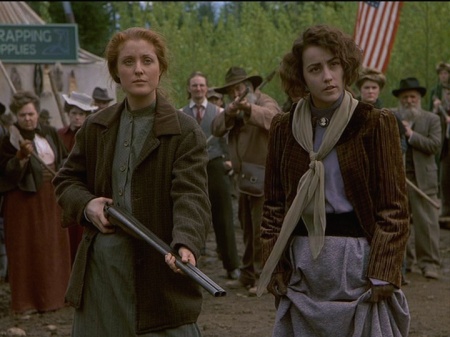 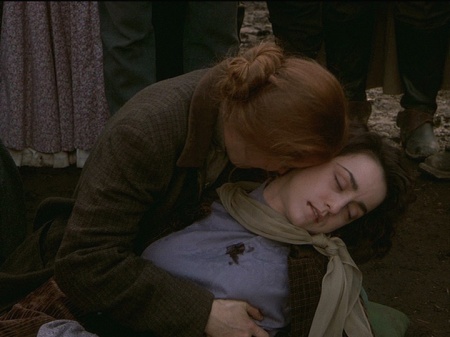 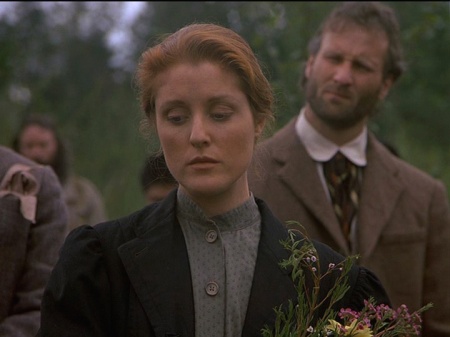 The Good: We love so many things in this episode, but we particularly admire the casting choice of Roslyn (Jo Anderson) and Cicely (Yvone Suhor). The two actors are absolutely perfect for their roles. Roberts Blossom is pretty great as the old Ned too. We also think the costumes, production design, lighting, and cinematography are extra special this episode.

The Bad: Neither of us are particular fans of voice-overs, and this episode might have too much of it; some of these parts are near over-written and would have been better served with images (see the dance scene).

The Notable: Another mention we found of old Cicely in previous episodes is in “Lost and Found” (3.17), where Joel notices an interesting picture at the town records office (i.e. Ruth Anne’s store basement). Apparently the old Brick used to be called the “Bearded Nail”. We love that the production folks remembered this in this episode: 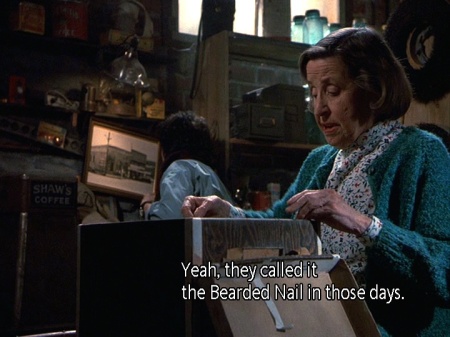 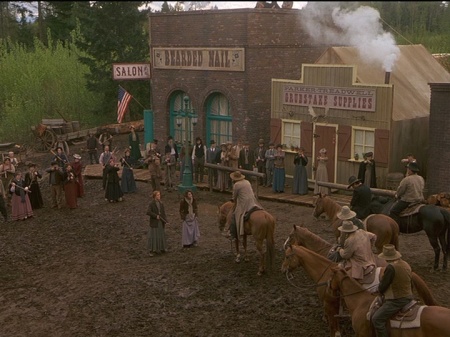