Log line: Ed adopts an orphan bear then can’t get rid of him; Chris cheats on Maggie inside his lucid dreams; Michelle takes up waitressing at The Brick and Maurice seeks to increase Cicely’s population. 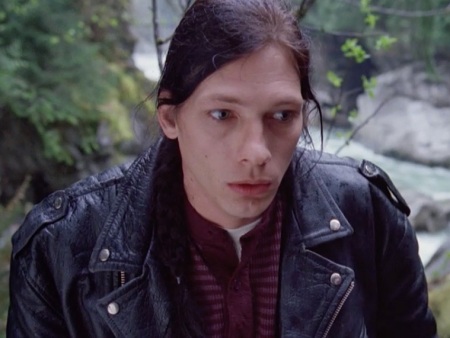 “Ursa Minor” recalls several previous Northern Exposure episodes; there is the recurrence of the bear, which was echoed in the storylines of Arthur in “Wake Up Call” (3.19), and appearances of Jesse the Bear (“A Kodiak Moment” (1.7) and “The Final Frontier” are two such examples). But while earlier stories presented the bear as a mythical, dangerous and powerful figure, the bear in this particular story is a mere cub. 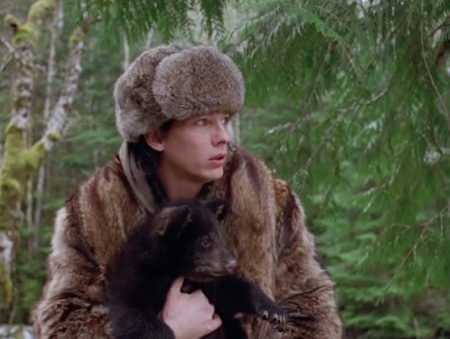 Ed becomes its foster parent of sorts (similar to the role he had with Princess the crane in “The Bad Seed” (4.7)), but he finds himself completely overwhelmed by the animal’s out-of-control behaviour and wildness. Despite Ed’s attempt to discipline and control the animal, the bear pees and poops all over Ed’s bachelor pad, destroys Ed’s furniture as well as his dating prospects.

Chris also finds himself in an uncomfortable situation. Suddenly realizing that he and Maggie have gone on four fishing “dates” in a row, Chris is initially scared away but is determined to confront his commitment and intimacy issues.

The way he choses to do so is through a technique called lucid dreaming (probably made most famous by Christopher Nolan’s 2010 movie Inception), in which dreamers become conscious that they are dreaming while they’re sleeping. The dreamers then, are potentially able to control their dreams and work out personal issues at low to no risk.

Chris returns to the same dream three times, which consists of him arriving at a hotel to await the arrival of Maggie. However, his plans are foiled each time by the appearance of the power-seductress Melissa, who physically resembles Maggie but wholly embodies the powerful, dominant figure that appeals to Chris’s more carnal side (this fetish was embarrassingly revealed in “Real Politik” (6.10)).

Both Chris and Ed wrestle with forces that are out of their control; for Ed, the bear cub is the literal embodiment of “the wild” or “the beast within,” as Ed is pushed to the limits of his own good nature and forced to confront himself as a damaged and ineffective parent. 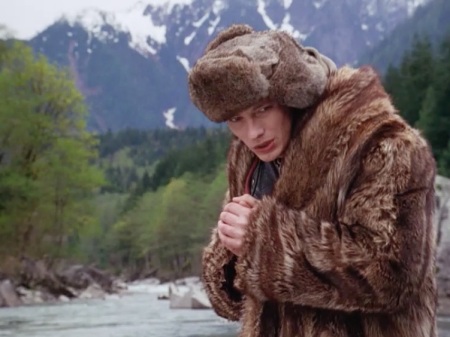 Chris also struggles (at first unsuccessfully) with his Freudian “Id,” with desires, lust, and instant gratification. Both Ed and Chris try to control these forces – Ed through parenting, and Chris through lucid dreaming – but their efforts are met with variable success (and leads to The Ant Farm scene, one of the most cringe-worthy to ever appear on the show).

Interestingly enough, it is the reveal of the primal, wild force that triggers a reconciliation between Phil and Michelle. Throughout this and previous episodes, Phil has tried a gentle, reasonable approach to convince Michelle to get back together; however, it is only when he loses control of himself and attacks the Brick’s jukebox like a wild animal that Michelle changes her mind and agrees to move back home. 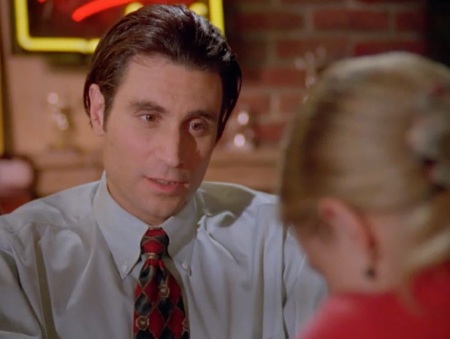 The Good – We loved that lucid dreaming was a huge part of the story, and the episode surprisingly gets it mostly right (in fact, the lucid dreaming mask actually exists). Given that dreams have often played a huge part in Northern Exposure, it was a great take on a recurrent theme.

The Bad – We didn’t care too much for the bear storyline, as it felt all too familiar to previous episodes of the show. We’d have thought that Ed would have too much common sense to bring home a baby bear. Plus the idea that a bear cub is similar to a human baby is absurd, even though Ed approaches the animal in this way with utter seriousness.

The Notable – It was amusing to witness the somewhat intolerant Maurice overlook economics and embrace a family of colour, all for the good of the town’s population.