Log line: The residents learn that moving up in life doesn’t always include moving on physically when Shelly and Holling look for a new home and Ed’s housesitting assignment has him remodeling his personality. 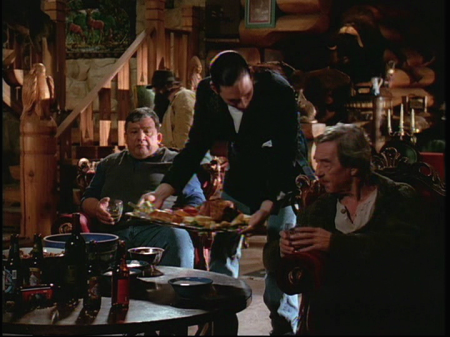 “Mi Casa, Su Casa” is the best season six episode so far. New characters are in the background, and we get to spend time with the familiar characters  we know and love. What makes this episode so great is that all three storylines are cohesive and interconnected with one another, and the themes of home and place are explored in each plot line. We return to familiar ideas of home, belonging, and community.

One interesting facet of the episode is the importance of certain objects in advancing the story. At crucial aspects of the episode, we focus in on specific things.

For example, when Ed is housesitting for Maurice, who’s away on a hunting trip, we see Ed being very cautious with his environment at first. However, the next morning we see him wearing Maurice’s wild silk smoking jacket and he begins his transformation into Maurice. The clothes are particularly important, as Ed also wears Maurice’s familiar suede coat, and a suit and tie (something we would never see him wear). He puts on Maurice’s costumes and becomes him.

Shelly and Holling are house hunting, and despite finding the perfect house (belonging to Barbara Semanski no less), Holling tries to find various ways to sabotage the deal. The key object in this instance is the picnic table, which becomes the proverbial “straw that broke the camel’s back.” As the last thing on the long list of demands, the picnic table becomes the object on which the fate of their house hunt turns. It is from there that Maggie confronts Holling, who in turn, finally confronts Shelly about his own feelings about having a house.

When Marilyn comes to Manonash for the potlatch, she finds Joel unchanged, despite his protestations to the contrary. Joel blubbers and becomes increasingly annoyed and frustrated. However, it is only upon seeing the carved bowl that Joel gave to Two-Clocks that she begins to believe that he has changed for the better. The carved object becomes a testament to Joel’s change because of the patience and care required to create this object. 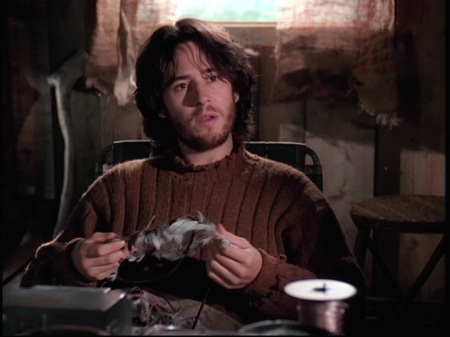 Later on, Marilyn pays a visit to Joel and finds him back to his old self; Joel is angry at himself and believes that he was only fooling himself in the past few months. However, it is another object, Marilyn’s gift of the babiches (ceremonial garters) that quiets Joel, and makes him believe that here is yet hope for him. Marilyn’s gift is an honour and also a promise for the future. 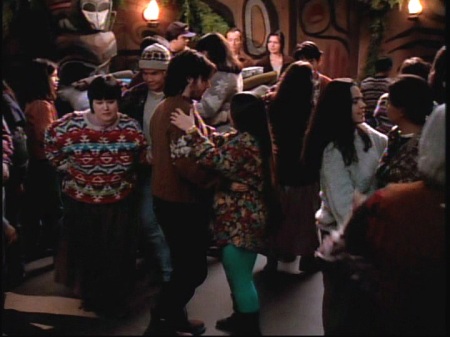 The Good – We loved this episode, and in particular, we loved the character of Two-Clocks, who seems to be a well-developed character even though he is only in a handful of scenes.

The Bad – The beginning of the episode where Joel speaks fluent Tlingit (?) left us shaking our heads.

The Notable –The idea of Ed being transformed by an object he wears is not new; we last saw him being changed into a whole different person as he wears Fellini’s ring (4.6 “On Your Own). Similarly, a picky real estate client was previously seen in 4.7 “The Bad Seed,” with Maggie helping a very picky Marilyn.