Log line: The stakes are high when Shelly considers making a deal with the Devil to allow gambling in Cicely. 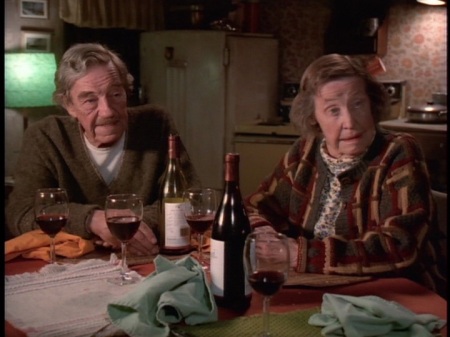 In the episode “The Robe,” we see the show through new eyes, dressed in different clothes. Characters are experimenting – literally from Joel and his clinical trial, to Shelly trying on a new vision of Cicely as a gambling metropolis, to Chris trying on a new “straight shooter” personality. Even the show is experimenting with audience expectations: in a show where things have always been vaguely magical (for example, Arthur the Bear in “Wake Up Call”), the show was never explicit in its dream-like or fantasy elements. However, in this episode, we get the appearance of the Devil, and yes, it is definitely THE devil, as evidenced by his powers throughout the episode (and, well, by his own self-declaration). 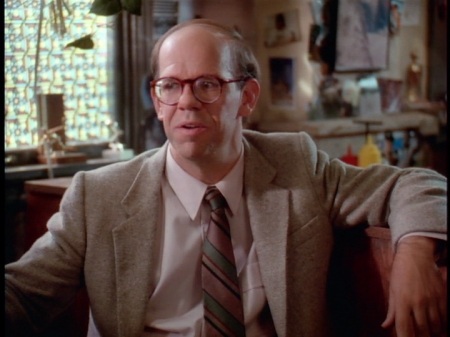 Yet the episode is a puzzler for us; there appears to be no rhyme or reason to the events that occur. Why would Chris try on a new persona in the dummy Esau? And why would he so lose his confidence in himself while doing so? And why do the townspeople so totally dismiss the same Chris that has so charmed and entertained them in earlier episodes?

It also doesn’t make sense that Shelly would choose as her ultimate fantasy that Cicely become a gambling metropolis. It seemed pretty much out of character for her (not to mention that the rendition of Vegas-style Cicely was pretty rundown and small potatoes). It is significant, given the theme of dressing up, that the Devil tries to get Shelly to burn Holling’s old robe (which might represent the old, comfortable Cicely we know). 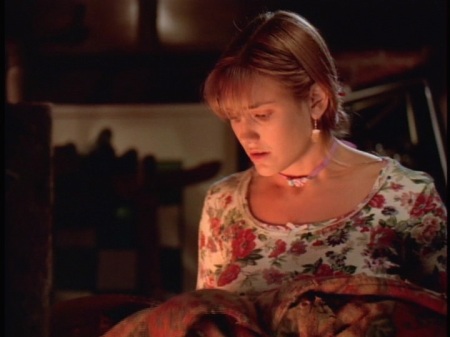 Joel similarly tries to transform Cicely into a place of perfect research, a place that will prove his own worth to Johns Hopkin’s university which had rejected him years earlier. However, the experiments gets out of Joel’s control from the very beginning, and Cicelians reveal their independent nature, with Maurice enticing Hayden to steal information about the experiment for him by tempting him with a (wait for it) telescoping ladder.

All of these “costume changes” fail – Chris can’t stand the black and white prison he’s created for himself in the form of a wooden dummy and abandons the black and white for his own muddled rainbow. Shelly’s honest nature comes through despite the temptation of a transformed Cicely, and Joel can only admit a resigned defeat as his vision for himself comes crashing down around him. 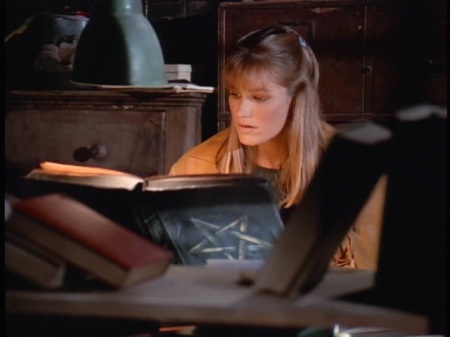 The Good: One of us was somewhat charmed with Chris’ storyline and we both saw potential in the introduction of Esau, though we didn’t like how he seemed to sap the Chris-ness right out of Chris.

The Bad: We both felt that writing the Devil into the show was a step too far and took the supernatural-ness that often works so well beyond the breaking point. We also felt that some of the characters behaved uncharacteristically, which made the episode feel out of step with what has come before it.

The Notable: Hayden Keyes has made an appearance in every episode so far this season except for one (“The Letter”). He’s becoming on the verge of becoming a regular character.