Title: Eye of the Beholder

Log line: Ed takes a part-time job as a private investigator but is troubled by his first surveillance; an auction for the expansion of the Cicely library brings unexpected consequences for both buyers and donors.

In order to raise money to expand their library, the town of Cicely decides to hold an auction in “Eye of the Beholder.” Appropriately enough, this episode is filled with objects, as the residents get rid of their unwanted items and bid for new ones. Objects play prominent roles in the storylines here, and they serve two functions in this episode. 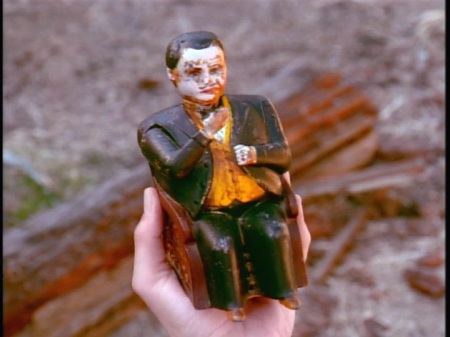 Objects are associated with the past. Is a thing is inherently imbued with memory, or is it filled with the memories we project on to them? Maggie gives away a mechanical Tammany Hall bank that she doesn’t particularly like, and doesn’t feel anything towards the object until Ruth-Anne talks of her own memories of her Aunt Elsa who owned a similar bank.

Later on, Joel remarks at the bank’s connection with Maggie’s grammy. However, it is Chris that highlights monetary worth of the collectible, and exposes Maggie’s guilt about giving the bank away. For Chris, the bank is a reminder of how far he’s come, from small-time criminal to collector of cast-iron banks: “Stopped robbing them, started collecting them.” 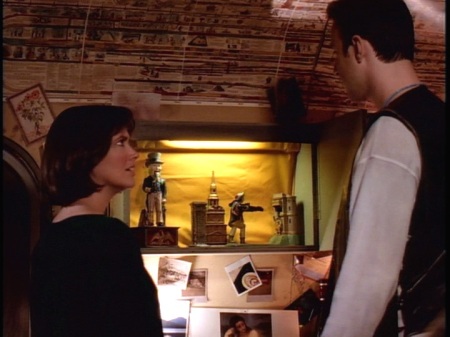 Similarly, the twelve gauge shotgun Holling puts up for auction brings back memories  for Maurice and Holling of hunting the bull moose at Lemon Creek.

Chris is unable to part with any books for library donation (aside from The Sound and the Fury and the 1987 World Almanac) because books have so become part of his identity and extensions of himself. 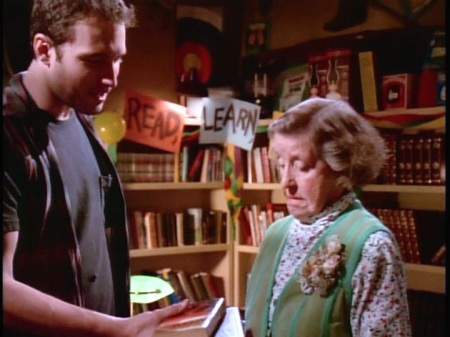 The object that is most resonant with memory is the old dollhouse that Shelly and Holling buy for their daughter’s first birthday. For Shelly, the dollhouse transforms from a fun toy to a disquieting reminder of death. Shelly has a nightmare about meeting the long-dead (and old) Phyllis Mink, the original owner of the dollhouse, and she spirals into the realization that Miranda will grow up, grow old, and die. The dollhouse is a representation of the past and the reminder of the bleak future that we all face.

The other aspect of objects that is explored in this episode is how objects are used to deceive. During the auction, Maurice unwittingly deceives his good friend Holling into thinking the wine was valuable and tasty. 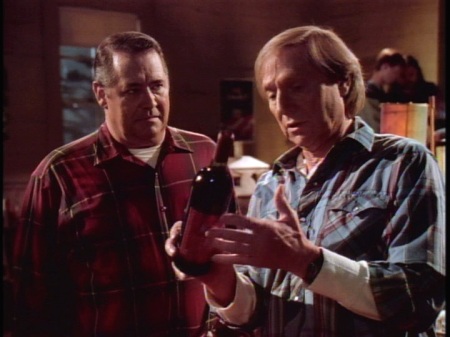 In the insurance fraud case, Ed and Reynaldo use all sorts of surveillance equipment to spy on Hayden.

The rake is the object of guilt that Heather keeps hidden, and it is also the thing that comes between her budding relationship with Ed.

Ed catches The Maltese Falcon (we see the moment that Bogart interrogates the girl about the falcon: “What’s the bird made of?”), which clicks into place the possibility of Heather’s deception. 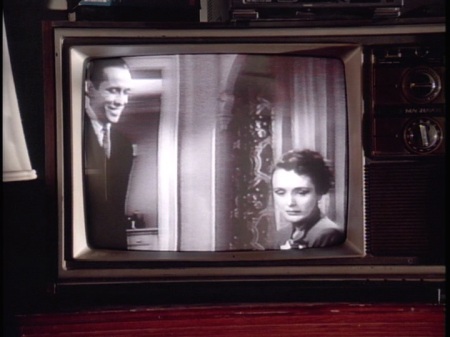 Finally, we have the incriminating videotape that catches Hayden red-handed (two-footed?). It records a deception, but by coming clean to Hayden and giving him the object, Ed transforms this thing into an object of truth. And as a consequence, it sets Hayden free of his deception (however, it likely ends Ed’s career as a private eye). 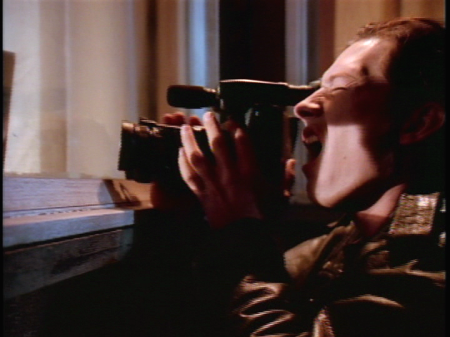 The Good: We were both happy to see the return of Reynaldo Pinetree and particularly enjoyed the storyline involving Maggie and Chris. Another highlight was the dollhouse dream sequence. The art direction was superb.

The Bad: One of us wasn’t fond of the film noir elements, and we’re both sorry to see the final appearance of Reynaldo.

The Notable: Unlike the season six premiere, this episode featured several callbacks to past episodes, including “A Cup of Joe” (Hayden likely stealing the money), “Grosse Pointe 48230” (when we and Joel met Maggie’s grammy), and “Blood Ties” (the introduction of Reynaldo). It’s also good to see Ed with a videocamera in his hands again. 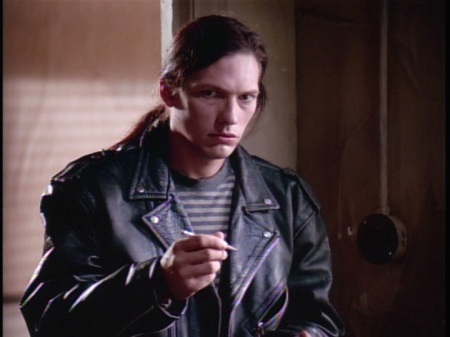