Out of all the characters we meet in Northern Exposure, Joel’s look is the most dated upon 20+ years retrospection. The baggy suits, the pleated plants, the oversized button-down shirts, all seem very stuck in its period. At the time his look was trendy, though never forward-looking. How to describe his look? Preppy New York schlump, perhaps?

When we first meet Joel, he is on the plane to Alaska, and he is presumably in his best, professional clothes. Even so, we see that his jacket and pants don’t match, and his clothes are a little rumpled and a little loose. This is fitting perhaps for someone who’s spent hours on a plane, but this still tells us that he’s a little sloppy, and not exactly arrived yet, in terms of money and style. He is definitely aspiring to be someone greater (wealth-wise and status-wise). 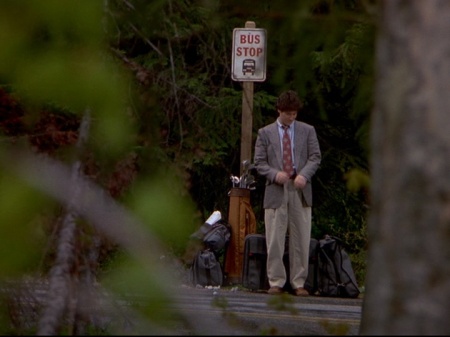 His identity is definitely tied to the fact that he went to Columbia medical school. In the pilot episode, we see him wearing a well-worn Columbia sweatshirt (not to mention that he declares the school he graduated from a few times in the series). He also appears to be wearing a Columbia graduation ring on the ring finger of his right hand. 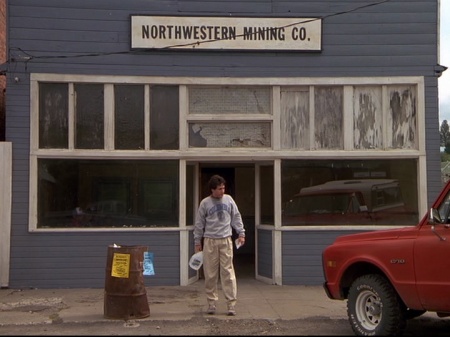 Joel is definitely one of the more formally dressed characters in Northern Exposure, especially in a town of flannel, denim, and t-shirts, but by professional standards, his work clothes are decidedly relaxed. While he usually wears a button-down shirt and tie, he opts for a cardigan instead of a formal jacket.

Joel always gives an overall impression of being a little unkempt, mussed up, schlumpy. His clothes are often wrinkled and well-worn. This is a possible nod to Joel’s sometimes impulsive and short-tempered nature. 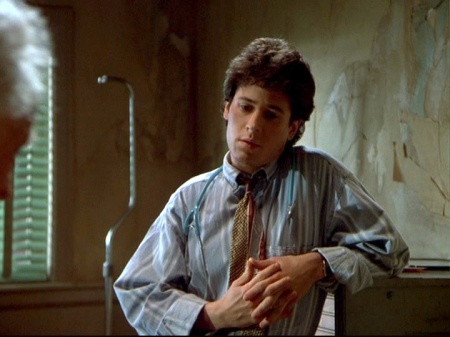 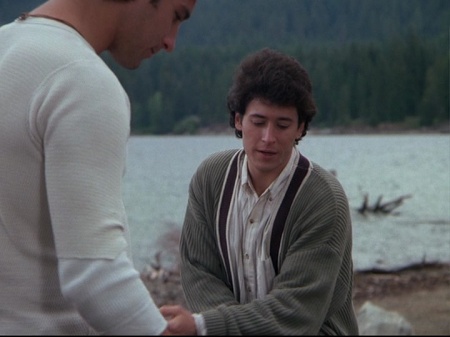 Joel opts for the suit and tie on special occasions. He does look very good in a suit, even though the style of the suit is typical of the oversized early 1990’s. 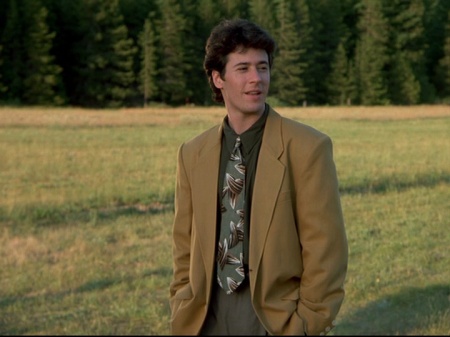 In 1.5 Russian Flu, Joel dresses in what he considers his sharpest suit, a dark mustard yellow jacket, olive green pants, a darker green shirt. The effect is quite overwhelming (well, the shoulder pads alone are quite astounding).

And here we pause to appreciate Joel’s ties. In quite an expected wardrobe, Joel’s ties provided the pop of unexpected colour, print, and personality. They are on the whole quite garish, but they give us hints of the charm and sense of humour that Joel possesses.

Joel’s a chino guy, and he wears this style of pants whether at work or at play. Even when relaxed, Joel often opts for a polo shirt (the formal version of the t-shirt) instead of the plain t-shirt, which he tends to reserve for nights at home. Sneakers, are of course, his footwear of choice for less formal occasions. 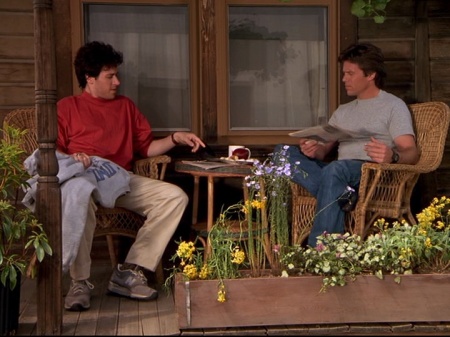 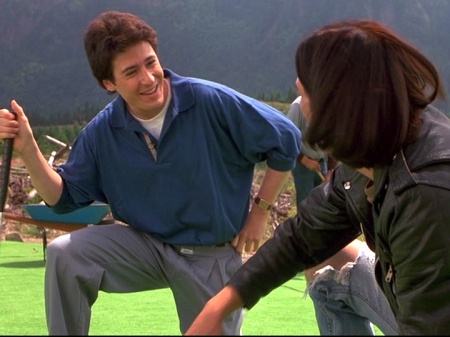 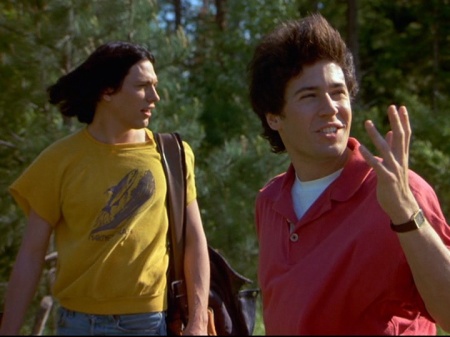 Joel’s wardrobe consists of muted colours, and he gravitates towards the greens, blues, and browns. Even the reds he wears tend to be more burgundy colour than anything else.

However, sometimes we do see Joel sport a bright blue or red t-shirt, or pink polo-shirt, and this can be startling. Perhaps it is not coincidence that he is often golfing in these scenes (or at home). 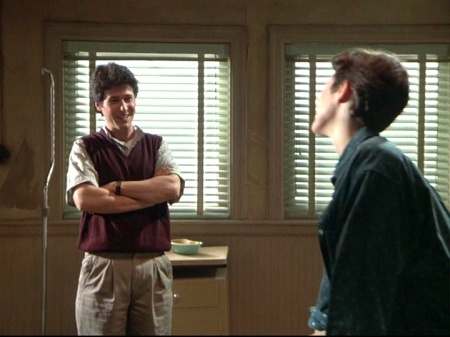 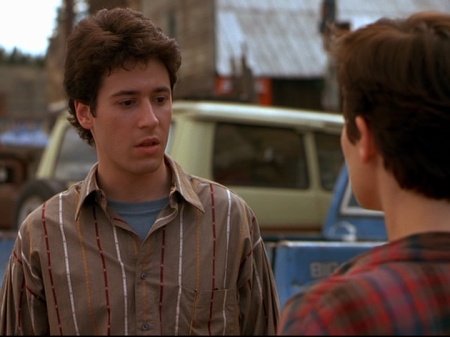 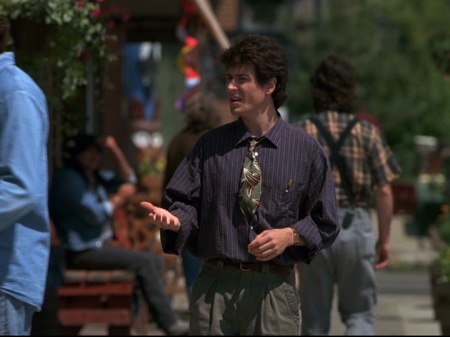 We would be remiss not to mention Joel’s great hair (now that we think about it, this is a show filled with great hair). Curly, dark, full, and luscious, one can imagine running one’s hands through his head of hair.

Although sometimes a little annoying, Joel is definitely the anchor of the show. Plus, we can’t imagine Cicely without his sarcastic remarks, witty comments, expressions of disbelief, and of course, that great chipmunk smile.