Log line: The new lodge at Tranquility Base opens and Maurice is confronted with a decision about his new “life partner,” Chris realizes how much he misses Maggie at the festivities, and Michelle decides to make up her own mind for a change.

The final episode of Northern Exposure, 6.23 “Tranquility Base,” is full of extremes; it is both perfect and imperfect, filled with transcendence on the one hand, and cringe-worthy moments the next. It is a puzzling final episode, filled with plot gaps and errant meanderings in storyline. The set up is wonderful, with Maurice’s new retreat giving the show the excuse of gathering all of the main characters of the show together in one place. The main theme that unites the main three storylines is the idea of people searching for things.

Michelle goes on a search for mushrooms and instead gets lost; Chris goes out on a girl-scouting search and winds up empty-handed; Barbara spends much of the episode searching for domesticity and femininity through external appearance and behaviour. The episode culminates in the search for Michelle, who has suddenly gone missing. It is tempting for the characters to remain lost the search, losing sight of what they are looking for. Michelle spends much of the episode with the mysterious Rabbi Schulman, walking around in circles, unable to make choices. It’s all too easy to avoid making decisions because you are trying to figure out all the possibilities. When you don’t make a decision to go any where, you end up no where at all.

Like Michelle, Barbara is lost in her desire to please Maurice and conform to traditional ideas of femininity and being the perfect hostess. While Michelle is lost because she is trying to please all parties and is fearful of making the wrong decision, Barbara forges full steam ahead, even wearing a dress and stifling her law enforcement impulses (at least initially). This path is full of struggle for her and she loses herself. However, she quickly returns to her uncompromising self as she leads the search for Michelle. 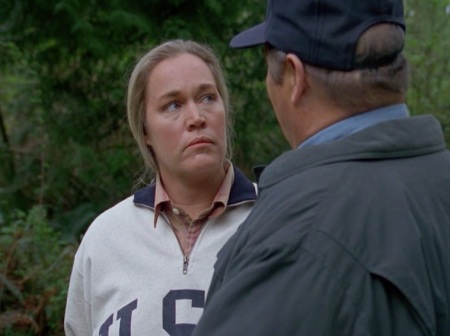 For Chris, the search for “wood nymphs” in the wilderness, the drinking and partying, are all strategies to avoid his own grief over the supposed loss of Maggie. And here the missing plot point comes in, because it is unclear throughout the episode where Maggie has gone. Chris just appears to be distracting himself from missing Maggie too much. According to information provided by Moosechick, it appears that Maggie was supposed to have left town to visit Mike (the actress Janine Turner reportedly had to undergo emergency surgery). However, no explanation is provided on the show to that effect. Over the latter half of season six, we’ve seen Chris approach and embrace the idea of monogamy, intimacy and partnership in fits and starts. He returns from the woods alone, realizing at last, “Chris Stevens is a bachelor no more.” 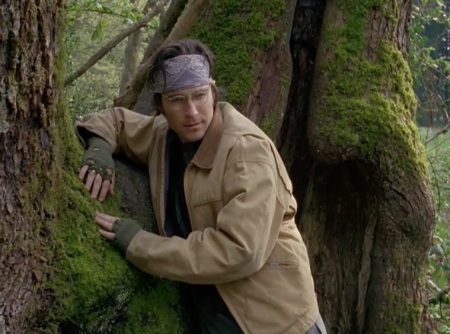 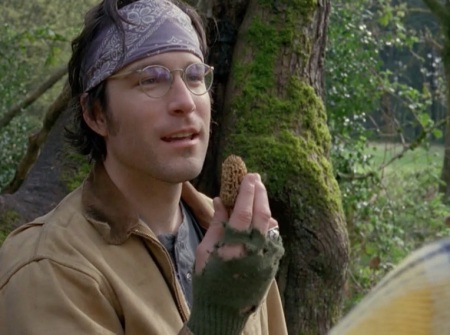 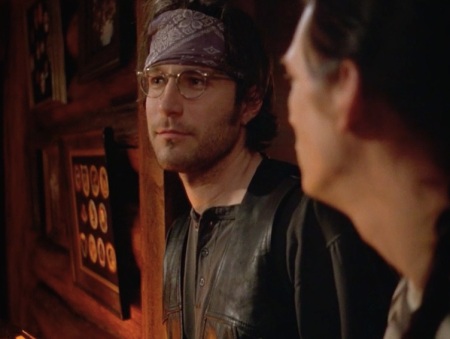 In the end, the balance rights itself and the “wheel of life” keeps on turning. Unexpectedly, Maggie returns to Chris; Michelle suddenly regains her decision-making capabilities, and Barbara accepts Maurice’s proposal as he promises to love her as she is, not as who he wants her to be. 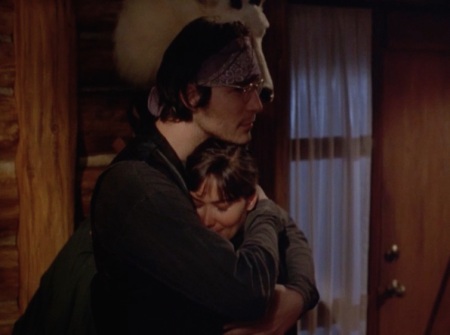 While the episode is entertaining for the most part, many questions linger. Why focus so much on Michelle, a new character, and Rabbi Schulman, a guest character? Why have the absurd Holling “rutting” plot line? It’s insane. Why not use the last episode to focus on the familiar characters we love?

Flawed as the episode may be, all is redeemed in its last five minutes, which is possibly the most perfect culmination of an entire series ever. The weekend retreat is over, and all of our beloved characters have returned home to their normal lives. We get a glimpse to the town and into what each of our main characters are doing. 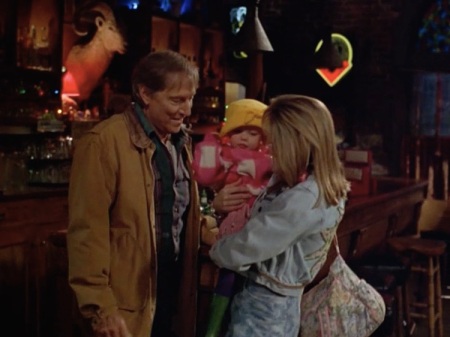 Ed is spending time with his first love, cinema; Holling, Shelly, and Miranda are closing the bar and heading up the stairs; Ruth-Anne and Walt close up shop, as Walt tenderly adjusts Ruth-Anne’s collar; Maurice and Barbara head up the stairs to bed; we see Marilyn and her mom eating in companionate silence; Phil and Michelle are working on a puzzle together over a bottle of wine; Chris and Maggie, seen dancing at the final scenes of the retreat, are still dancing and embracing; and we return to Marilyn who slowly lowers the blinds of her window. 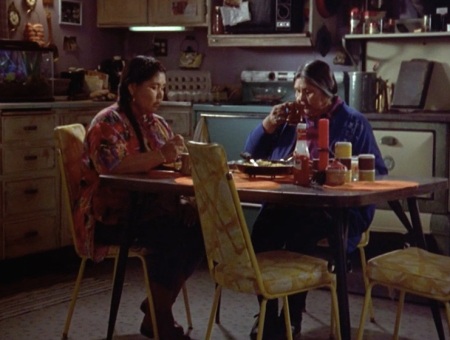 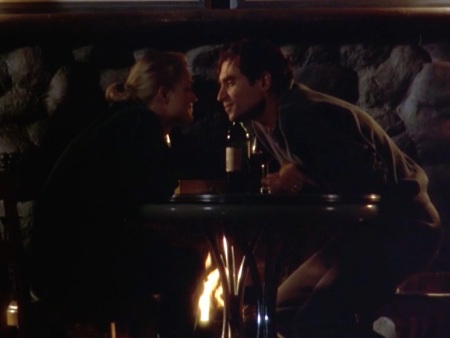 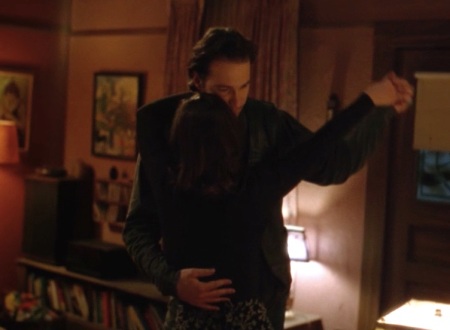 Each little scene is so true to each person’s character that it’s at once nostalgic and heartbreaking. Even the shots of the town – The Brick, the church, the cemetery, KBHR – are evocative of so many stories we’ve come to know and love. These little moments speak of SO much. All this to the perfect song, “Our Town” by Iris Dement (who, I heard someone – I forget who- say that “she has a tear in her voice”), that perfectly captures the love, sadness, longing, grief, and gratefulness of this town, its residents, and this very beautiful, human show. 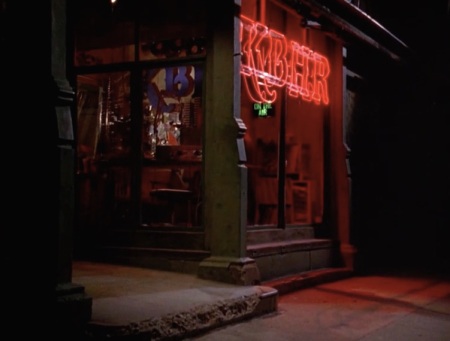 The Good – The final song. ‘Nuff said. Also: the last scenes between Maggie and Chris are wonderfully tender and romantic – sigh.

The Bad – We were saddened not to see more from Marilyn, Holling and Shelly. They seemed to have dropped off as characters in the last few episodes, unfortunately.

The Notable – The full moon makes an appearance again! As does the moose, which bookends the beginning moments of the series to the final moments.

At last, we have come to the end of the series and this project, which was started by both Hazel and me over two-and-a-half years ago. In many ways, when we began the podcast and blog, we were in a different place and could never have anticipated the changes (geographically, emotionally, physically, relationship-wise) that have taken place over this relatively short time. This project began as a way to pay tribute to our favourite television show, but I think became so much more than that to us. We learned that the more we gave to the show by writing and talking about it, the more the show gave back to us. Even upon many re-watchings, the show has delighted us, made us laugh, made us uncomfortable, confronted our prejudices, made us think, compelled us to read, inspired us to gaze up at the moon and stars, and invited us to appreciate and make connections with people.

It has also been one of our greatest joys to meet fellow Cicelians, who even though they may live across the continent and the world, are still residents of this small, wonderful community. I’m still amazed how many people love and adore the show. Northern Exposure inspires us to become better people, to become bigger than our prejudices and pettiness. It embodies tolerance and promotes a world where differences are acknowledged and celebrated, not ground down, dampened or dismissed. We desperately needed these ideas back then, and we sure need them desperately now.

Finally, thanks to the people who’ve listened to our podcast, week after week. Thanks to those who’ve read these words we’ve written about the show on this blog. Thanks to those you just dropped in occasionally. Many of you have expressed their support to us over the years. Thank you for being there. 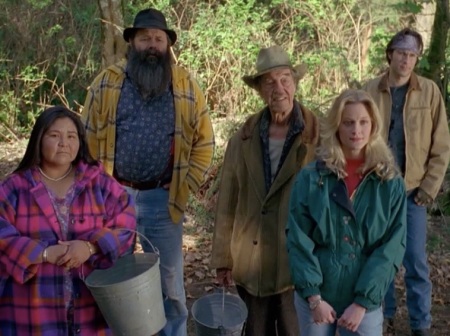