Log line: Change takes its toll when Michelle and Phil realize they’ve just invested all their money in a place they hate, Maurice tries to buy his way into a family, and Maggie and Chris make an unexpected connection over a run-down Model T. 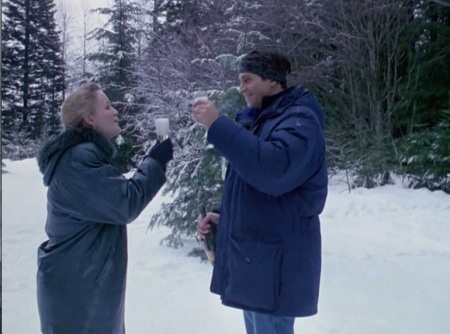 In “Lucky People,” the characters of Cicely face the choice of being on their own or going through life with others. For Michelle and Phil, making a land purchase means that they have chosen to settle in Cicely, and so become part of the community. Taking inspiration from Cicely and Roslyn, Chris comes to a conclusion that maybe we’re not “supposed to fly solo”; Maurice tries to connect himself to Holling, Shelly, and Randi in the hopes of making himself a family. 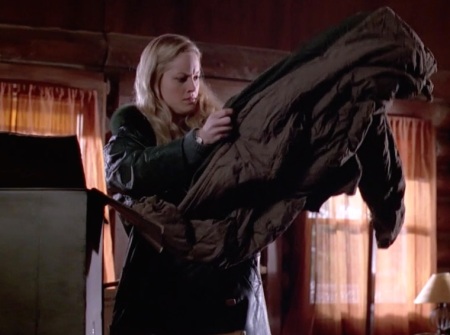 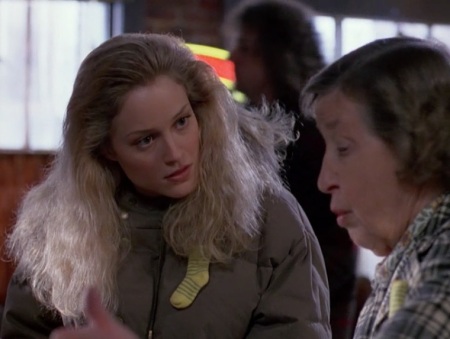 Interestingly enough, clothing plays a huge part in illustrating the theme of belonging in this episode. When an anonymous someone leaves Michelle warm boots and a parka, she sees this act of generosity as a direct attack on the fact that she’s an outsider: “They’re hostile. That parka is a comment. It says, ‘l don’t like what you wear. I want you to dress like the rest of us.'” When she does wear the parka, she is horrified to be mistaken for the old-timer Bernice Crandle. 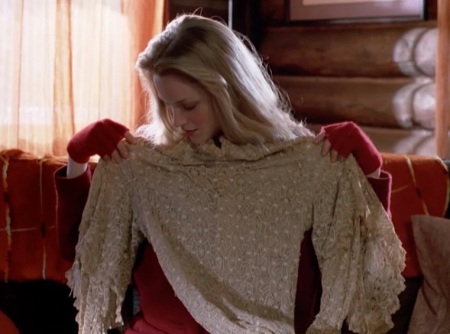 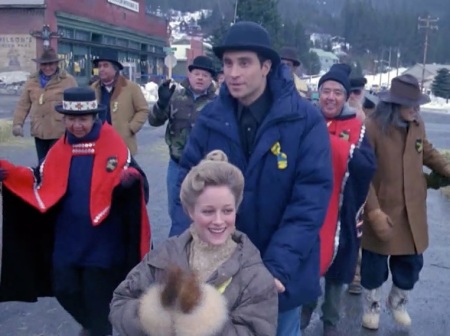 However, in the end clothing is the form in which Michelle and Phil negotiate their place in their town. In another box, Ed brings costumes for Founder’s Day. Even though Michelle is unable to walk, she nevertheless joins in on the parade, making her and Phil more part of the community. 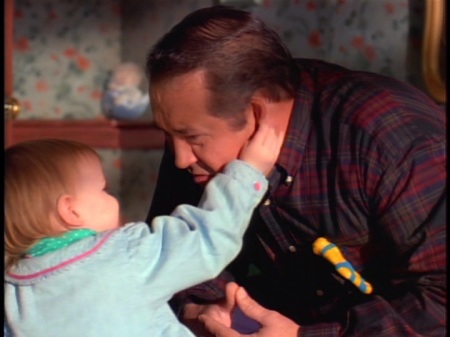 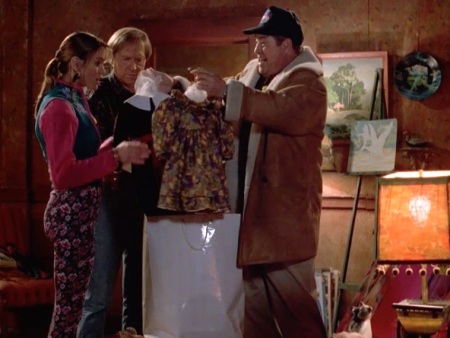 For Maurice, the gifts he brings Miranda include very fancy designer children’s clothes: “And you can throw away all those hand-me-downs she’s been wearing. Here, I’ve got a baker’s dozen of these. They’re Marie Guerin, a Parisian designer. She’s the Lagerfeld of the under 1 2 set.” Although he buys her many more gifts, buy giving Randi clothes he is transforming her into his own image, and even asks Holling and Shelly to throw away her old clothes, the vestiges of her old life without Maurice. 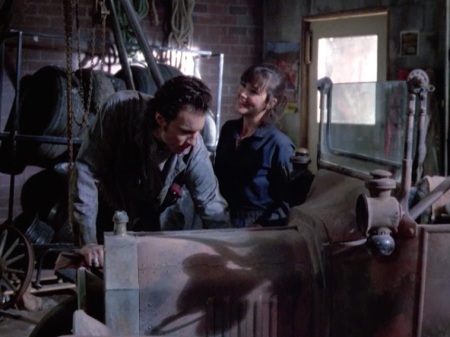 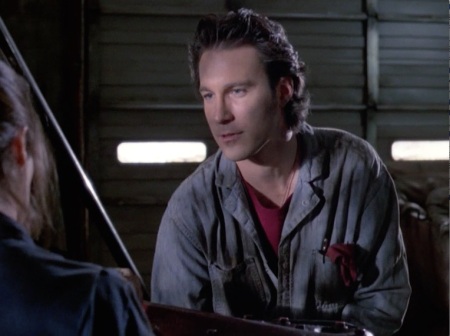 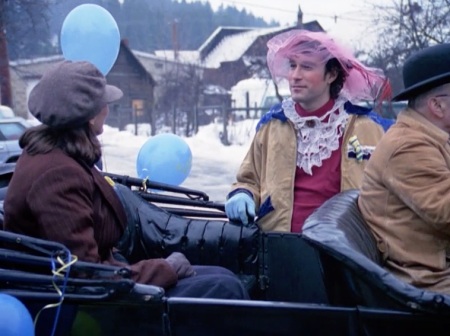 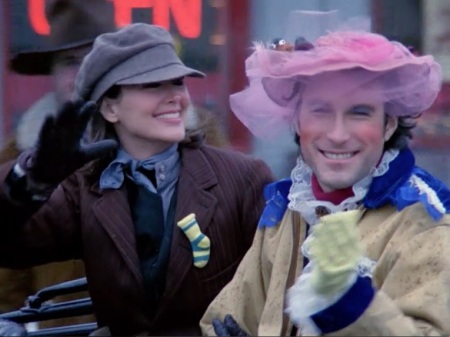 Significantly, during the Founder’s Day parade, Chris wears the clothes of Cicely to become partner to Maggie’s Roslyn. Although Chris may look a little comical in bright makeup and women’s clothes (which was probably the intention), the moment is not about cross-dressing, but actually about Chris wanting that same companionship with Maggie that Roslyn and Cicely had. Chris believes he’s found a partner in Maggie, but is unable to say so at the moment. 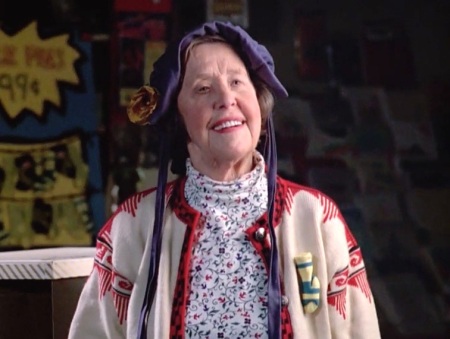 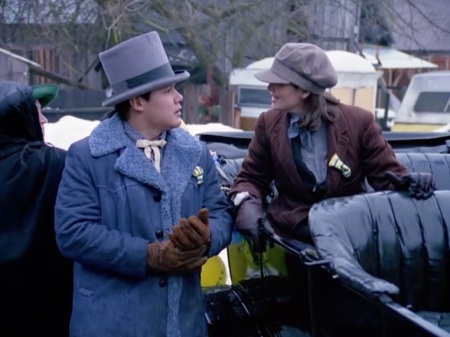 The Good – We both enjoyed the return to the loneliness of Maurice, which has been a thread in the series from the first season. One of us was also quite fond of the scenes between Chris and Maggie.

The Bad – Parts of this episode didn’t feel organic or important (e.g., Michelle’s frustration with receiving the donation of clothing) and the parade at the end felt like a failed attempt to recapture the magic of the parade in “Thanksgiving” (4.8).

The Notable – Suddenly, socks are a symbol of Founders’ Day and the reason Roslyn and Cicely stopped in the town, which wasn’t mentioned in earlier episodes. 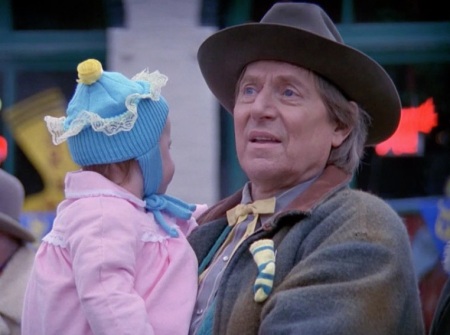