Title: Sons of the Tundra

Log line: A new doctor and his wife arrive in Cicely, where life is moving along as usual: Holling yearns to join a men’s club, Joel searches for a new hunting knife, and Ed sees the future after eating a magical trout.

In “Sons of the Tundra,” we are introduced to the brand-new doctor Phil Capra, and his wife, Michelle. This is the second time we’ve been introduced to a doctor, the first time being the pilot as Joel gets introduced to the town. When watching this episode, we were reminded of the pilot quite often, and we figured it might be amusing to compare the first episode of the series to this one.

Both the pilot and episode 6.9 open from the point of view of the new doctor; Joel is shown on a flight to Alaska, while Phil and Michelle are driving to their destination. Although both Joel and Phil arrive with a sense of hope (Joel believing he’d be practicing in Anchorage), the major difference is that Phil and Michelle are voluntarily going to Cicely, whereas Joel believes he’s been taken prisoner and can’t get out.

Funnily enough, the first few words that Ed says to both doctors are “Hi, I’m Ed.” He seemingly appears out of nowhere in the pilot and this episode, and sort of mystifies the new residents. 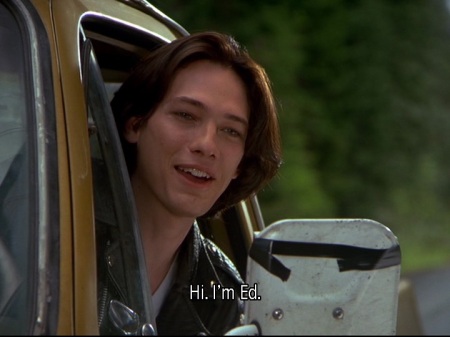 Maurice is very similar in both episodes, proudly displaying the town and painting a vision of the future to the new residents. To Joel, he declares, “A big Burger King, shopping malls, 31 flavours. It’s all gonna be here.
Maybe not today, maybe not tomorrow, but it’s coming”. In “Sons of the Tundra,” he promises, “You know, Phil, I was thinking that, given your background, we could make Cicely the endoscopy capital of the Alaskan Riviera.” 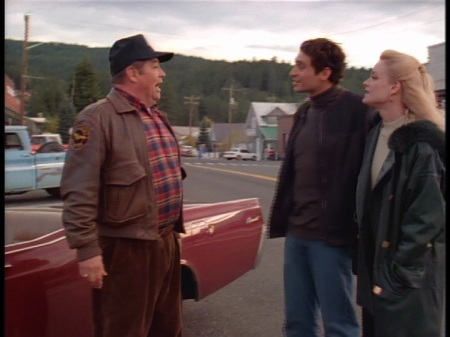 What’s strange about these two episodes is that they both prominently feature characters named Walt. In the pilot, Walter is the fellow that gets shot (and stabbed) by his wife, whereas 6.9 features our favourite Wall-Street trapper and wine aficionado, Walt. 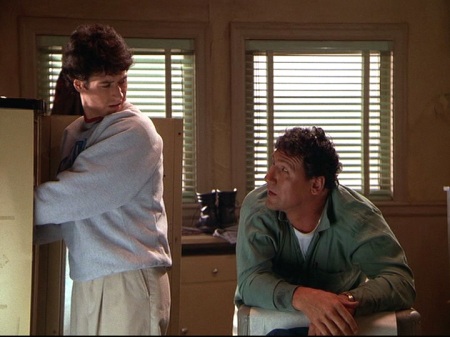 Of course, the friendship between Maurice and Holling are central to both episodes. When comparing the two, we get a sense of the evolution of their friendship and sense how deep it’s gotten, with Maurice wanting to spare Holling’s feelings but feeling guilty about not wanting Holling to join the Sons of the Tundra. 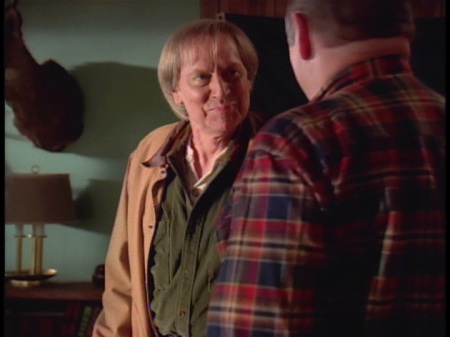 Nature loom large in both episodes, as well. In the pilot, Joel encounters a very large, dead rat, and spends the night being afraid of the wild creatures that are about. Michelle has an encounter with a vole and a racoon, creatures who invade her domestic space.

Of course, there are major differences in the episodes, but it is interesting to compare the way how both doctors are introduced to viewers. Phil and Michelle get an explicit welcome from the Northern Exposure moose as they drive into town, echoing the Joel meets moose moment later in season one in episode 1.4 “Dreams, Schemes, and Putting Greens.”

The Good – We both enjoyed the Groundhog Day-inspired Ed storyline, as well as getting to delve into the always rich and complicated friendship between Maurice and Holling.

The Bad – We agreed that the introduction to the Capras could have been handled better. They arrive right on the heels of Joel’s departure, so we don’t have a chance to miss having a doctor in the town. Also, there isn’t that much for them to do this episode, which is problematic. Having a raccoon steal Michelle’s computer key? What? Plus, it seems that at the Sons of the Tundra dinner Walt suddenly segues into the monologuist he became while wearing the light visor in “Una Volta in L’Inverno”(5.17).