One aspect of “Blood Ties” (5.23) which we didn’t discuss in detail is the theme of hunting, which can be seen in most of the major storylines. It’s an especially fitting theme given the prominent appearance of Jed’s raptor, Taylor. In the opening scene, we see Maurice stalking the prey of Lloyd Hillegas in Cantwell for the prize of highest blood donation (and $1,000). He is also pursuing his DJ to donate blood, saying, “No excuses this year, Chris, even though you are squeamish around needles.” Indeed, we will see him on the prowl throughout the episode, trying to round up every available citizen who hasn’t donated blood yet. 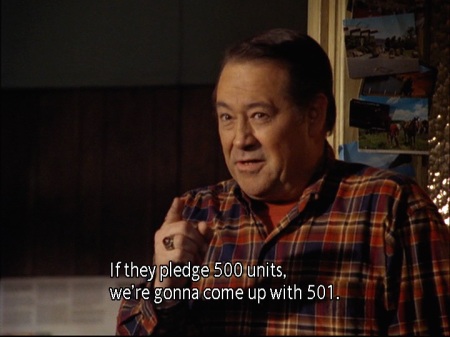 Related to the blood drive, we see Joel lose his ability to draw blood from patients. He can no longer hit a vein. He’s going off target, “shooting through them” and “undershooting” them. The language here relates to sports (the references to Steve Sax and Steve Blass are definitely appropriate), but it also relates to hunting. Later, we’ll see Joel doing target practice on an orange. Eventually, he’ll catch his prey when he “stopped thinking completely”, which is the same advice Maurice gave to Chris to overcome his fear of giving blood. 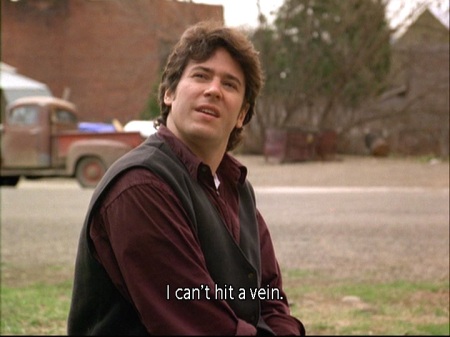 Reynaldo and Ed clumsily pursue their target, Jeannie Hansen. Reynaldo gathers as much information as he can about her and discretely takes a photograph of laundering clothing. The hunt for information on Jeannie ends abruptly when she surprises both Ed and Reynaldo by knocking on the car window. Reynaldo seems especially amazed that they were caught in the act. In the episode’s final scene, Reynaldo offers Ed some surveillance work, returning us to the idea of pursuing a target. 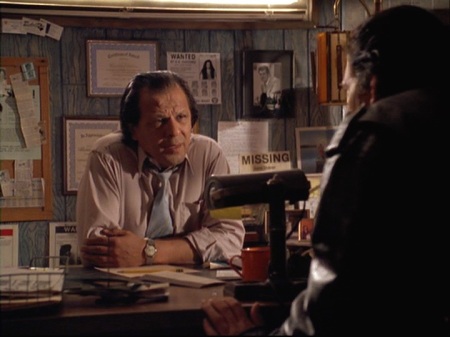 Clearly, the storyline that most closely relates to hunting involves Jed and Maggie (and Taylor). From the outset, we have Jed being associated with hunting. He refers to him and Taylor as both hunting and calls Maggie “scrumptious.” 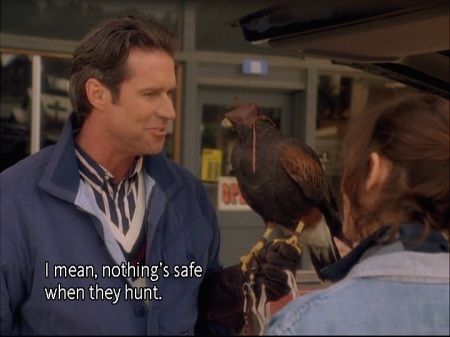 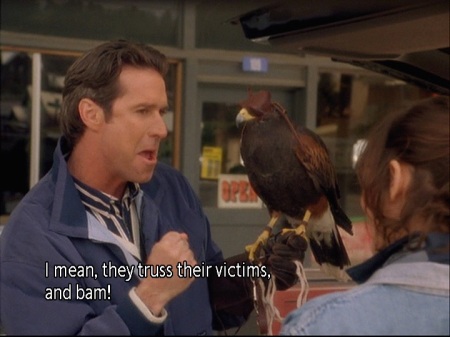 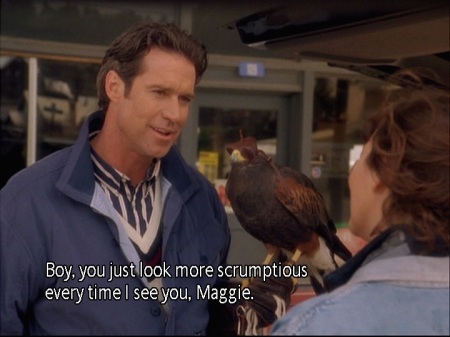 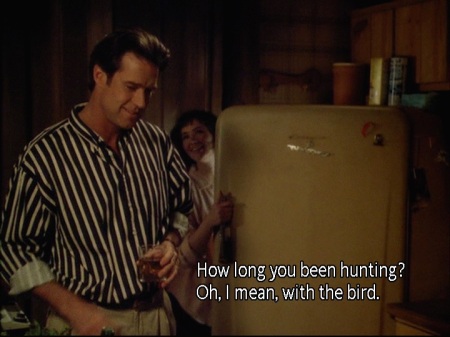 One of the most interesting hunting-related scenes occurs when Jed proposes to Maggie with Taylor on his arm. (It’s unclear why the hawk is there, but it certainly underscores his predatory nature.)

We see him take a swoop at Joel (figuratively) when he offers him $30,000 to leave Cicely (and Maggie). At the start of this scene, the lighting even makes him look slightly vampiric. Both Joel and Jed use food/hunting metaphors when they discuss the offer.

The final confrontation between Joel and Jed is spurred by Taylor hunting the poodle Chi-Chi. Jed describes Taylor killing the dog as “too bad.” Marilyn says her mom told her that “Chi-Chi ran, but the bird was faster.” We get the sense that Jed is like Taylor, while Joel might be a bit more like Chi-Chi. When Maggie tells Joel that Jed left town, she mentions that “he had to take Taylor for a hunt first.” We need not worry about Jed Fleming. Just like Taylor, he got his. But he failed to get Maggie. 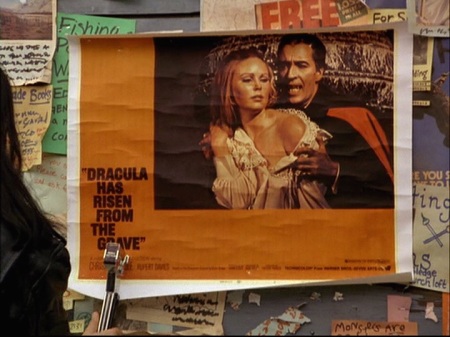 The Good: There are innumerable moments in this episode that tickle us, everything from Reynaldo and Ed’s relationship, to Chris being afraid to give blood. All the storylines work together and are cohesive. We especially love Reynaldo. He’s one cool, karate-knowing dude.

The Bad: We can’t really think of a bad thing about this episode. However, the replacement music is unfortunate, especially in the final scene.

The Notable: Lots of vampires in this episode, from the Dracula movie festival, to Chris reading from Interview with a Vampire, to Joel’s hilarious impersonation of Dracula in one of the final scenes with Chris. 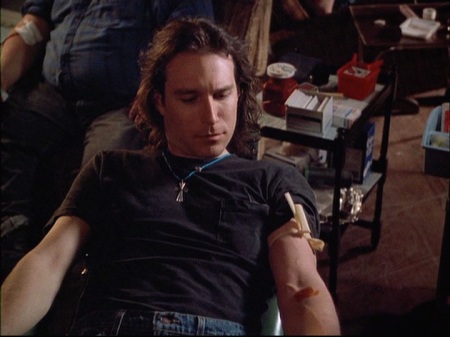