Log line: Joel has an otherworldly experience when Maggie wants to prepare a Passover dinner for him; Ruth-Anne abandons the store for the open road; Holling takes up paint-by-numbers.

We have many of our expectations undercut throughout “Fish Story.” One way we are primed for this element of the episode is through Chris’ craving for chips. He fully expects them to be readily available in Ruth-Anne’s store. After all, he dreamt about them. Sadly, his expectations are not met. Neither are Ruth-Anne’s expectations that he’ll grab something and get out. He fusses over what to purchase for his late-night-craving snack. (It’s worth noting that there’s some sly foreshadowing in his reference to dreaming about chips that were the “light at the end of the tunnel” and his pivoting towards creamed herring.) 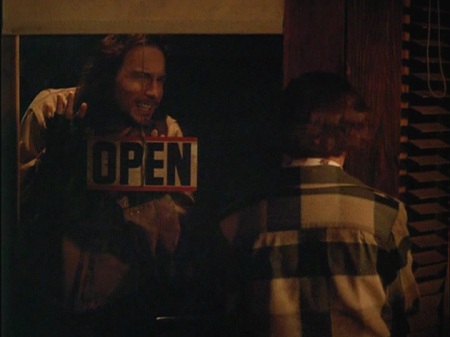 In Joel’s storyline, we have him initially expecting to have snagged his line on some weeds before learning that he has hooked the elusive Goony. He will also be surprised to learn that Walt, who promised to be with him all the way, is a very deep sleeper and that, even more unexpectedly, he reels in Rabbi Schulman, not Goony. To further surprise him, Joel discovers they are in the belly of the fish, which may be God (!), and turns out to have old memorabilia and a subway (!) in it. Well, all right! 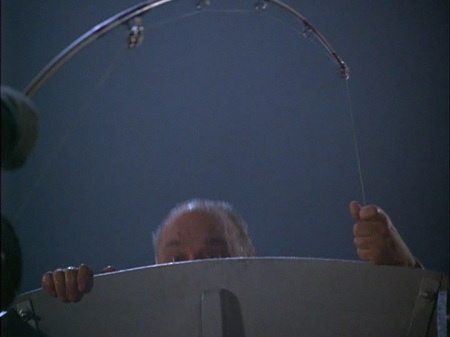 Chris, meanwhile, behaves unexpectedly at the meeting, when he first reminds his fellow Cicelians that they need to balance the good of the public against personal freedom. Moments later, he undercuts this reasonable comment by chiming in that he is running out of beer, suggesting that he’s inclined to vote for compelling Ed to open Ruth-Anne’s store against his will. 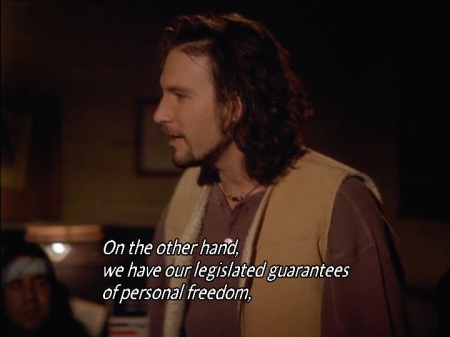 We’re used to seeing Chris exhibiting a certain amount of wisdom, so it’s expected that he will help Holling to overcome his art-related funk. But burning his painting seems more cathartic for Chris than it does for Holling, who learns through burning his painting that he likes having the finished product, not just creating it.

The storyline that continually undercuts the audience’s expectations involves the bikers Ruth-Anne encounters. At first, they appear menacing, asking her if the bike out front is hers. When she confirms that it is, they say they moved it from the handicapped ramp, which it was blocking. She undercuts their expectations by telling them she used to ride a more powerful bike, by never having heard of their gang, and by agreeing to ride with them to Delta Junction.

Nearly every detail we learn about the three bikers in the gang upends our expectations. Turk has a cell phone and is a content family man, who plans his biker activities around his kids commitments and celebrates that the Dow Jones went above 3,900. Tiny has a thing for macadamia vanilla swirl frozen yogurt and owns “a couple of snowboard franchises” that cause him to quiz Ruth-Anne on how new taxation will affect him. Frog wears an eyepatch because he has a sty and comments that three of them are part of the “affluent middle class.” 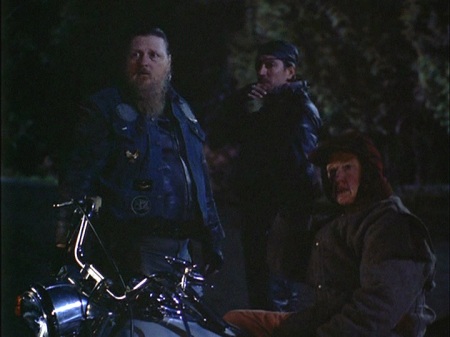 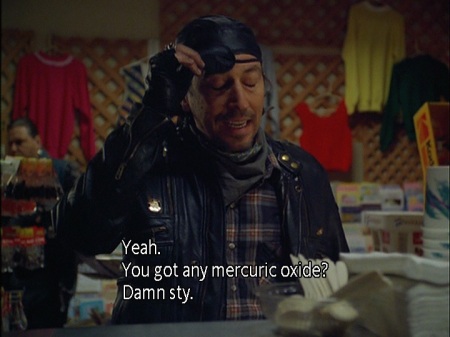 The bikers are clearly not rebelling against society or capitalism; they are law-abiding citizens who wholeheartedly embrace it. There’s a small moment in grocery store that cleverly highlights this. The clerk asks Frog if he wants 1% or 2% mercuric oxide for his sty. He takes 2%. Biker gangs have sometimes deem themselves “one percenters” based on a comment that 99% of bikers are law abiding citizens. These gangs are declaring themselves to be outlaws. Perhaps the Diablos are two percenters, a group comprised of bikers who carry cell phones (circa 1994), buy get well cards for other bikers, plan their gang activities around their kids, worry about taxation levels and know where to find good frozen yogurt. 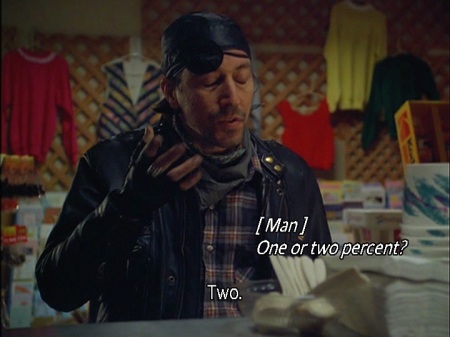 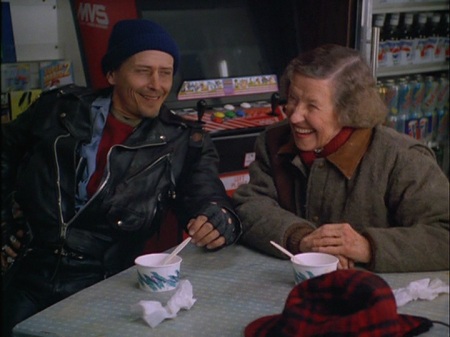 The Good: We thoroughly enjoyed Ruth-Anne becoming part of a biker gang, and loved how the Diablos embraced her into their gang. The production design for the episode is perfect: a subway inside the fish? Genius!

The Bad: Both of us wished there were more scenes between Chris and Holling. We would have loved how Chris ended up suggesting the burning of the art. Whether dancing or painting, we enjoy it when Holling dabbles in his artistic side.

The Notable: Mickey Jones returns as a in a very familiar-looking role. He’s not Tooley in this episode, but he sure looks like him! We loved the callbacks to the 4.4 “Heroes”: mentions of “The Last Supper,” Tooley, and The Last Call Bar (similar to “The Last Supper Club”). 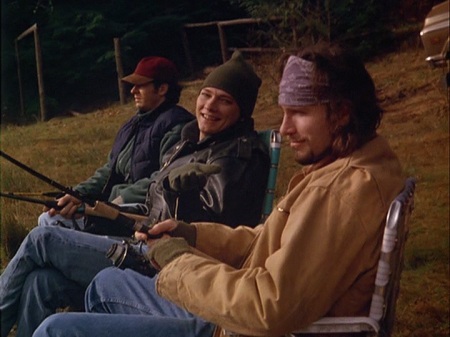