Log line: When an old tree considered to be a Cicely historical landmark appears to be dying, Joel dons a tree doctor’s hat and gives his prognosis.

In the finale episode of the fourth season, the viewers are introduced to a very old tree, Ootockalockatuvik (Old Vicki), who we later learn has played a huge part in the lives of Cicelians (she saves Marilyn from a hail storm, had Ed carve his and his girlfriend’s name on her, had Chris read under her shade, and had Ruth-Anne’s nieces and nephews climb her). But the episode we are introduced to her is the episode she is killed off.

That’s the whole point, of course; “Old Tree” is all about death, dying, and the cycle of life. Interestingly enough, death in this episode is entwined with Shelly’s pregnancy (Spring singing), and getting ready for baby. As is typical of Northern Exposure, death and life are placed side by side.

In the very first moments, we see a tremendously large tree, with Joel and Ed just tiny figures next to it. Strangely enough, right beside the tree is a smaller one that’s pretty much dead. 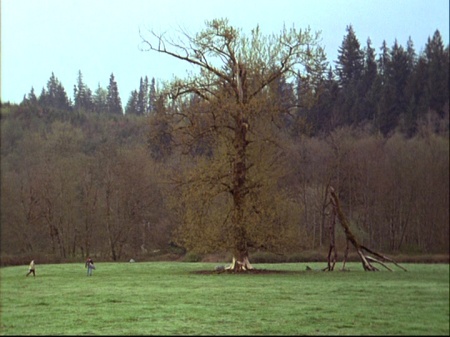 In the final frames of the episode, we see a familiar sight: a living tree next to an old dead one. This time, of course, it’s Old Vicki that has died, but a new Vicki has been planted right beside her.

Throughout the episode, we see shots of branches in the foreground, and characters peeking from between leaves and bark. 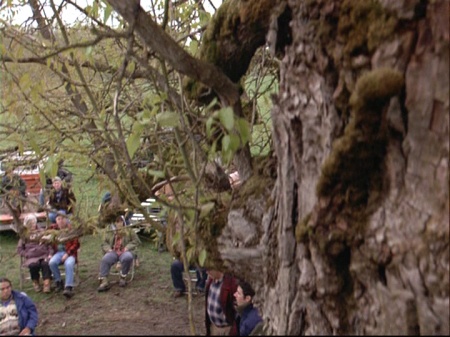 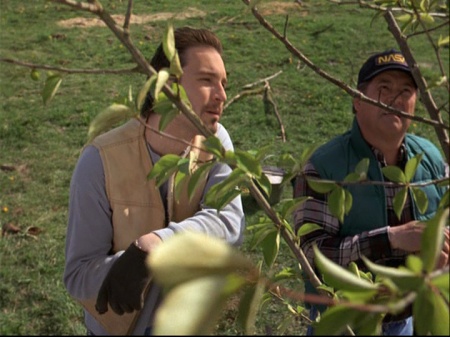 While we have a great many shots of living trees, we also have a many shots dead trees in the form of doorways and window frames. It is astonishing the number of scenes in which characters are shown framed by the doorway. Here’s a sample: 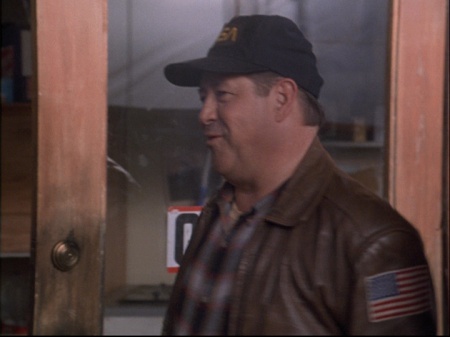 Maggie arrives to pick up blood samples, and we glimpse Joel through a window frame.

As Chris muses on the fate of tress, we see a logging truck framed by a doorway, and we also see Chris himself in the doorway. 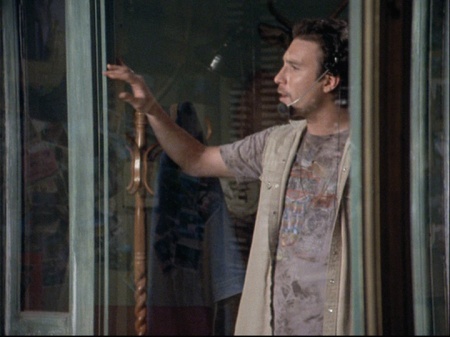 Shelly appears in the doorway a number of times as Holling and Walt assemble the crib. 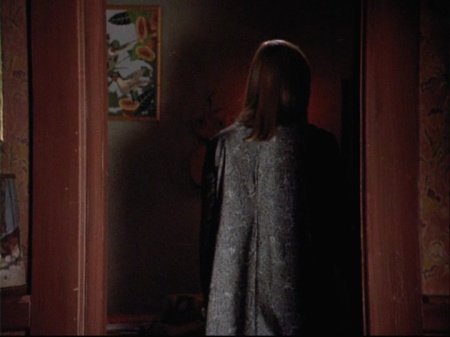 More framing of doorways (including a dead buck) as Chris reads a passage by Thoreau. 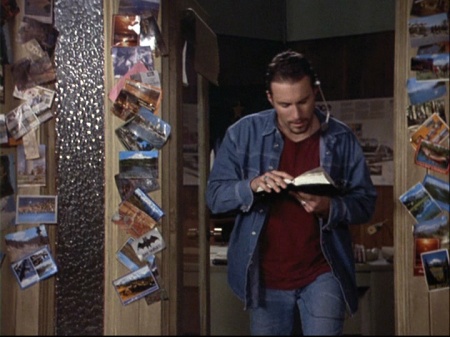 Shelly appears in the doorframe as she arrives at Joel’s office for a pre-natal check-up.

Joel is defensive behind the door of his cabinet. 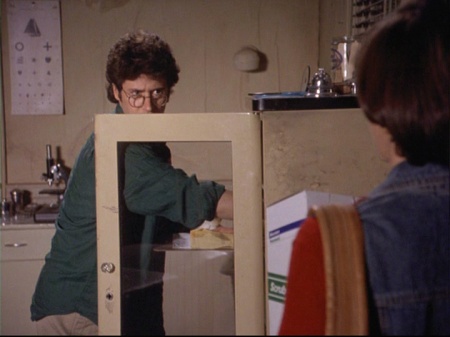 Holling arrives for a duet with Shelly. 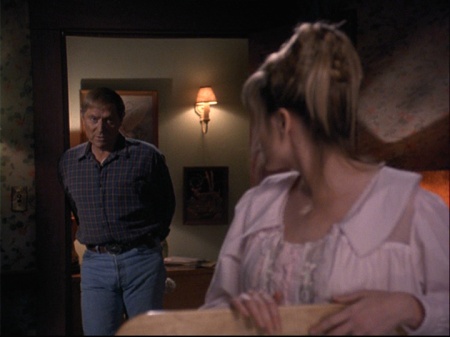 And both Holling and Shelly are framed by a soft light in the doorway. 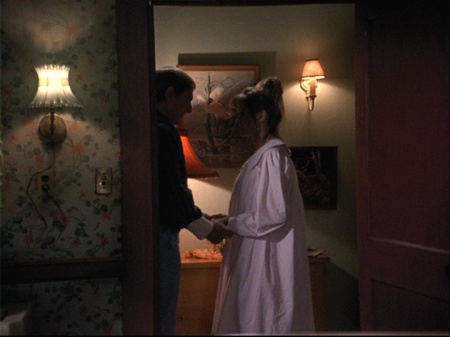 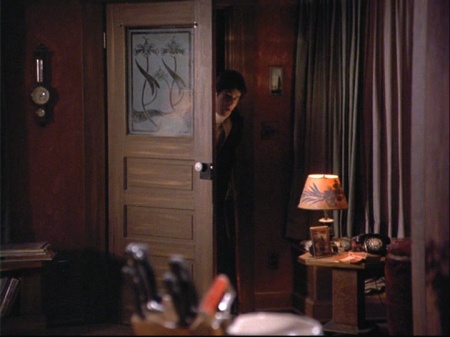 The prevalence of doorways and window frames highlights the life cycle of the tree; these wooden doorways and frames were once trees and were once alive, just like Old Vicki was. It puts in contrast the whole life/death duality that is always so much part of the show.

However, doorways are rather appropriate because the door itself is a passage, from one place to the next. It is literally the space of the in-between, belonging to both one and the other. 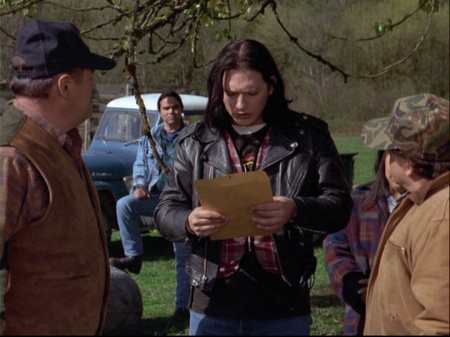 The Good: The decision to have a character sing was unexpected and a great idea. We loved Shelly’s take on “The Snake” and particularly loved her lullaby duet with Holling. We found the story about Old Vicki (and Young Vicki) touching.

The Bad: We both cringed while Shelly sang about being “the stud-of-all-stud’s knocked up wife” with its lines about having “A ring, a husband, a bun in the oven / What’s more a chick gotta be?” We both know there’s a lot more to Shelly than just being a chick with a ring, a husband, and a bun in the oven. She’s one of the most exuberant, life-affirming characters on the series and is definitely Holling’s equal in their relationship. The plot line with Joel and Maggie also felt unnecessary.

The Notable: Frank Prinzi was the director of photography for 44 episodes of the series (nearly all of seasons 3 and 4) and this is his final episode as cinematographer. (He also directed last week’s episode, Sleeping with the Enemy.) He shot a lot of great episodes and “Old Tree” has some particularly nice framing and camera work.