Title: Survival of the Species

Log line: It’s human nature versus Mother Nature when Ed’s terrifying apocalyptic dream scares him into making a plan to save the world. But Maggie is more concerned with the environment in her front yard when she discovers artifacts from an ancient female. 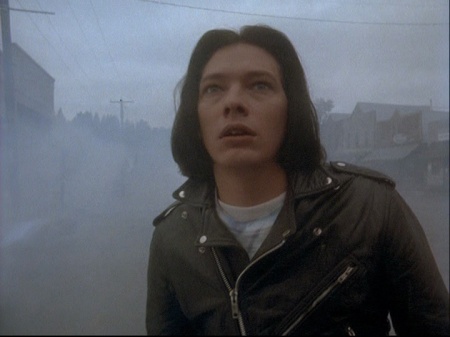 Episode 4.11 “Survival of the Species” begins with a foggy post-apocalyptic Cicely. We are in Ed’s dream as he encounters mutated versions of the town’s residents. It is a vision seemingly set in the future. Time has often been a theme in Northern Exposure, and not surprisingly this time, all three story lines involve time. Even the sole guest character is a young boy named “Brad Young” (Edon Gross). In this post, we’ll examine the episode’s past, present, and future.

Maggie discovers a 200 year old baby carrier, and this discovery launches a dispute between men and women. She finds her own front yard taken over by Maurice and the men he’s hired to dig up the archeological site. By digging down in the dirt layer by layer, more things from an ancient group of Native American women are uncovered. The reasons why these artifacts were buried, and who these women were remain unexplained, but Maggie and the women of Cicely still find kinship with the women who once lived in the past (“They sew, we sew.” “They cook, we cook.”) 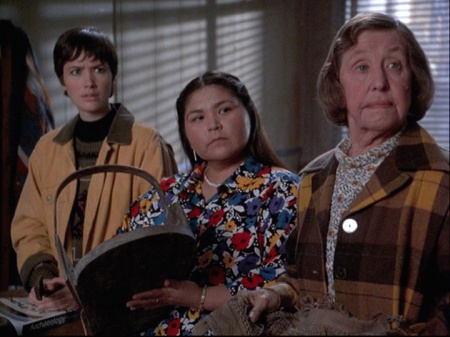 Of course, this discovery also leads Maggie to the realization of how the past has been constructed by years of patriarchal culture. Says Maggie, “History. His story. You don’t need a degree to figure that out. Everything about the way we perceive things in life is determined by men.” The stories of the women who buried the things in Maggie’s yard may have been lost through time, but most crucially, these stories were never deemed important to be told in the first place. History excludes more than it includes.

The past rears its head with the arrival of the 12 year old Brad Young. Holling is reminded of how he was Brad’s age when he first set out on his own, and Chris is reminded of his early juvenile delinquent days. For both Holling and Chris, Brad is a mirror in which both men see themselves reflected. It is possible that by giving Brad their advice, time, and gifts, they were, in a way, trying to change the past direction of their own lives. 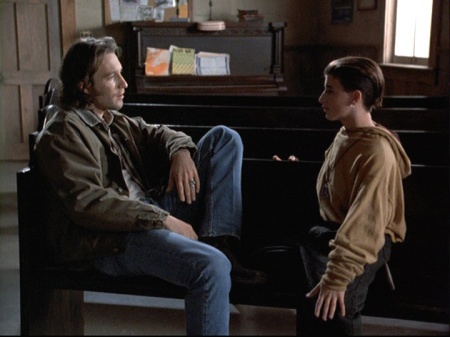 Even though Ed’s dream is a post-apocalyptic nightmare, upon examination, it is actually set in the present, despite its futuristic tone. The characters in the dream haven’t aged a day, and the Brick looks more or less the same. Indeed, Ed’s emphasis is to do something NOW, whether it’s getting rid of ozone depleting products from Ruth-Anne’s store, or filming the documentary, or collecting DNA for plants. 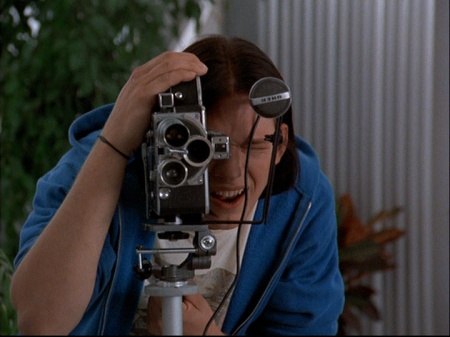 For Brad, the present is most immediate. He falls in love with Shelly and is fully immersed in the suffering and joy of being in love. He is at a crossroads at this moment: to return to camp or run away; to pursue a life of crime or a life of love.

Maggie finds her voice after being railroaded into accepting an archeological contract by Maurice. Her “Little Red Riding Hood” dream where the wolf manipulates her into giving away her basket makes her realize her current compromised position. In a great scene, she declares herself “empowered” and destroys the contract by ripping it up and eating it.

All three stories have the future in mind in this episode. For Ed, changing the present is a way to change the future. Even when he realizes that life on earth will end and the situation is hopeless, he imagines that in the future aliens will come to planet and regrow the plants that he and Mike have gotten the DNA from. 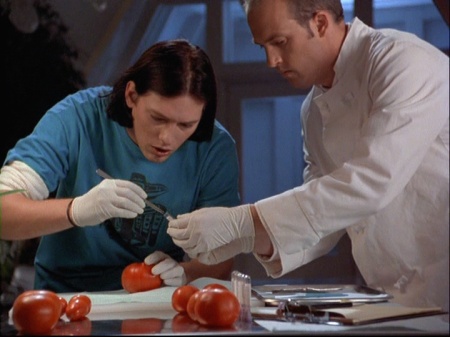 For Brad, the future can’t some quick enough. When we first meet him he pretends he is 18 (and 21), and his last words to Shelly and Holling are about the future: “I’m coming back for you in five years. No offense, man.” 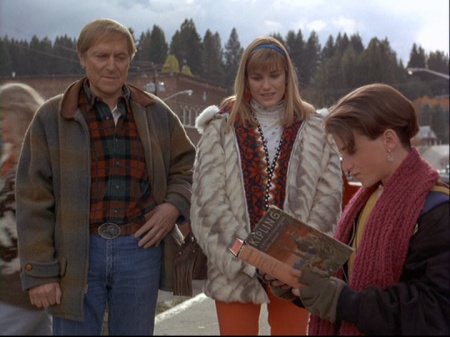 Ronnie Milsap, “All is Fair in Love and War” [Brad asks for a light from Joel, and Brad meets Holling]

Mark Chesnutt,  “Postpone the Pain” [Brad is cleaning and Shelly asks him to clean the grease traps]

Carl Smith, “Guilty Conscience” [Ed tries to get rid of everything that destroys the environment at Ruth Anne’s store]

The Good: We loved Maggie’s “Little Red Riding Hood” dream sequence. It is beautifully shot and the costumes are spot on. We enjoyed how the baby carrier is transformed into the basket in the dream world. Chris’ recitation of a few lines from Yeat’s poem “The Young Man’s Song” is a beautiful moment.

The Bad: Unfortunately, neither one of us enjoyed the character of Brad. For an episode filled with female solidarity, Brad’s sexist comments (and Shelly’s delight in them!) terribly undermine the whole idea of feminism and equality.

The Notable: We learn that Ron used to be an adjunct archeology professor in Amherst and Eric has excavation experience. Who knew? 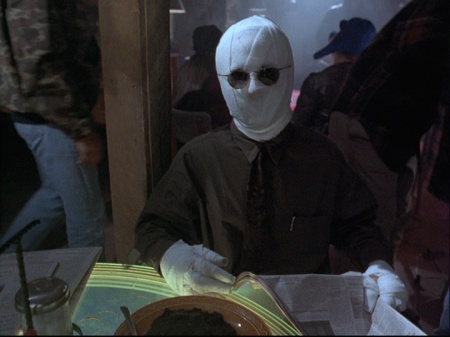