Log line: A mysterious new resident quarantines himself in Cicely, arousing Maggie’s interest and Joel’s disbelief. Ruth-Anne must also cope with a new addition to the community – her materialistic son, Matthew, who gives up his career as an investment banker in Atlanta in search of a simpler life. 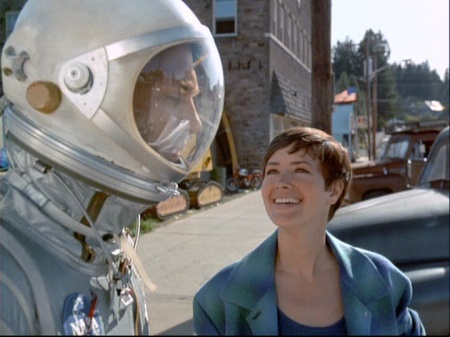 In “Blowing Bubbles,” two strangers arrive in town, the hyper-allergic Mike Monroe, and Ruth-Anne’s son, Matthew Miller. Both new arrivals intend to move permanently to Cicely, and both of them are in search of new lives. For Mike, Cicely is an unpolluted place where he can actually live without getting sick, and for Matthew, Cicely is a place to go “chasing after rainbows.” 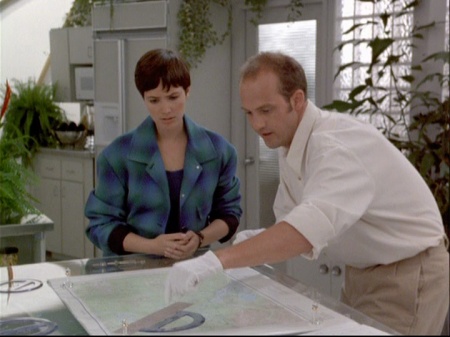 In fact, the similarities between the two characters are striking: both are trim, white men with light brown hair; both are normal, but nice-looking; both have left high stress, high paying jobs (Mike was a lawyer, and Matthew an investment banker); both are dropping out of the ‘rat race’, and, of course, both have alliterative names beginning with the letter “M.” 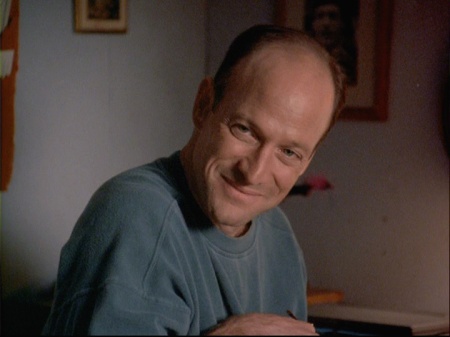 The idea of strangers in a new land is put into metaphor by images and numerous mentions of space.  In the beginning scenes Ed compares Mike’s geodesic dome to the interior of the spaceship in the Spielberg film Close Encounters of the Third Kind and in the final scene of the episode, Ed references another film, 1971’s The Andromeda Strain, in which a town is infected with an alien virus. 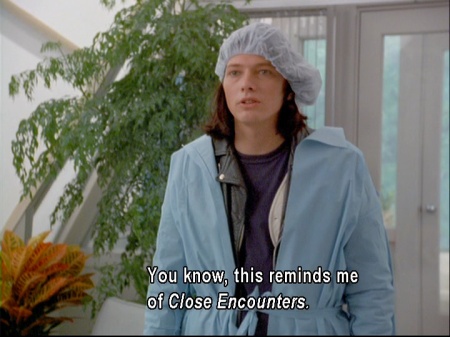 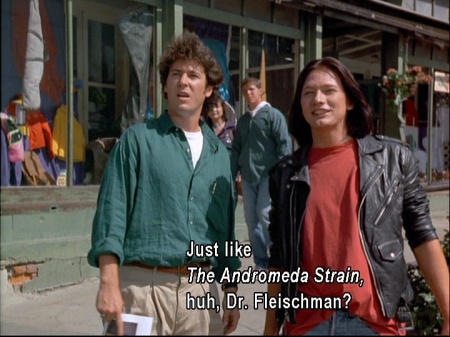 Mike seems to have an earth and space model in his futuristic dome. 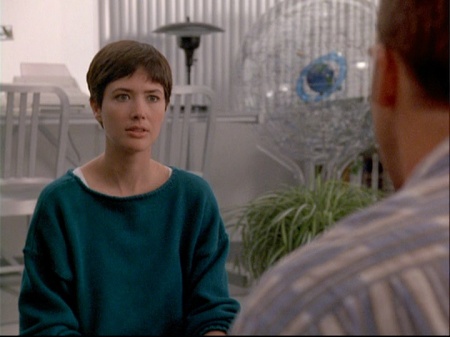 Maurice, when dreaming up his plan for an environmental and healing community, proposes the name “Spaceship Cicely.” 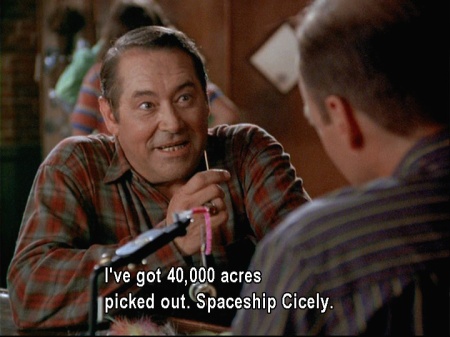 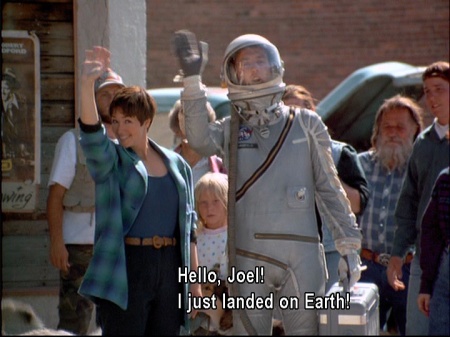 Why do the writers use the metaphor of space travel in this episode with the arrivals of Mike and Matthew? Both Mike and Matthew are spoken about as being strange, and even non-human. When telling Maggie of her son’s visit, Ruth-Anne says, “Matthew isn’t like you or me.” 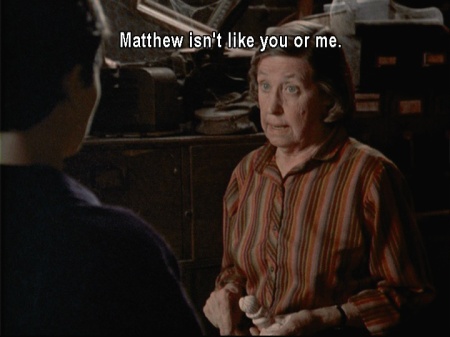 Later on, Holling notices Matthew’s intense fixation on the stock market on TV and Ruth-Anne tells him, “Matthew always had tremendous powers of concentration. I remember him just sitting at his bedroom window watching raindrops streaking down the pane.” 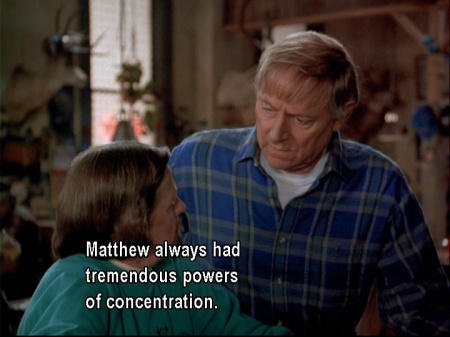 Remarking on their similarity and difference from the rest of the town, Maurice states, “Very few people around here speak the language.” 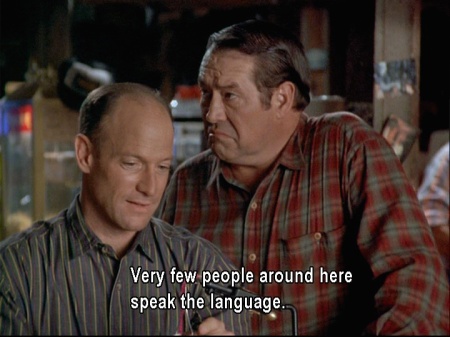 Similarly, Mike is marked from the beginning as being different. Joel repeatedly states that he’s crazy, and even compares him to the elephant man (“I’m not the one who’s talking about hot waxing the Elephant Man here”). Mike also possesses a rare mind and keen intellect. 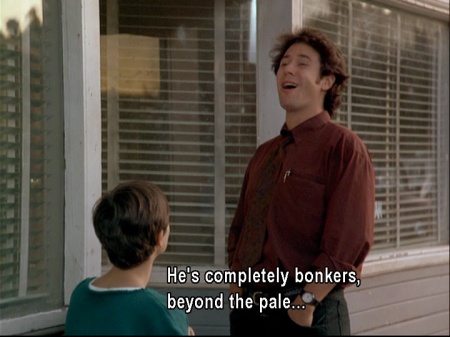 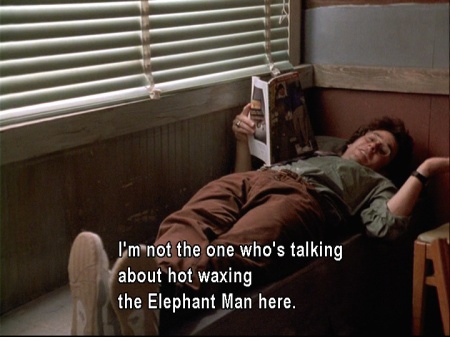 It seems that both Mike and Matthew are set apart from the rest of society. They have a remarkable capacity to digest technical and specialized information as both are shown interpreting the stock market and weather patterns, respectively. Mike has a keen chemical sensitivity, and is able to identify faint residues of Maggie’s signature perfume, Opium; Matthew, as we have already seen, has keen powers of concentration. 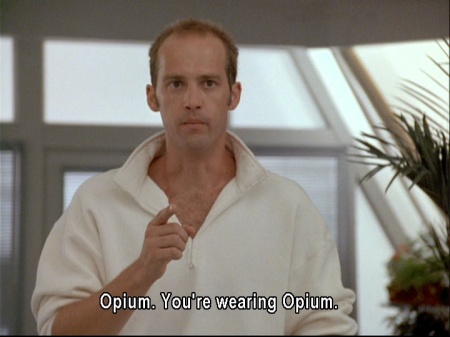 Of course, only one of them remains in Cicely. Although both men want a change in their lives, only Mike is able to stick to his original plan. However, the difference is that Matthew has a choice to going back to his old life, while Mike does not. In that way, Mike becomes like an alien who has landed on a strange planet with no way of going back.

The Good: We always enjoy storylines involving Ruth-Anne, and in this episode we get to see her as more flawed; it is both surprising and refreshing to see her admit to favouring one of her sons. We’re also quite fond of the distinctive geodesic dome Mike lives in, and the final scene with Mike in the spacesuit, which is funny and memorable. 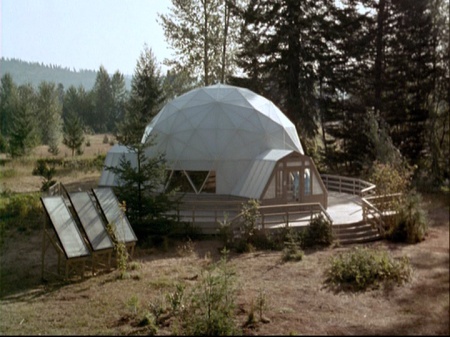 The Bad: One of us (On) felt that the episode seemed to spend much of its time establishing the character of Mike Monroe, while the other one of us (Shane) didn’t think it was overly establish-y. The character of Matthew also felt more one-note than many of the other supporting characters we meet, which was a shame. The inconsistencies with Mike’s character and his multiple chemical sensitivity was problematic (would he really keep his money in a plastic baggie and his pills in a plastic case?).

The Notable: This episode aired in 1992, when multiple chemical sensitivity was not widely discussed, especially on network television. Over twenty years later, the debate over its existence and to what extent it might affect people continues. 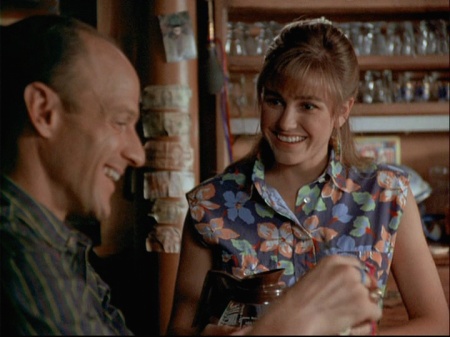