Log line: Joel grapples with the possibility of a new start with his old love when his ex-fiancee Elaine visits Cicely; Bernard brings Chris is inheritance from their father, giving Chris the opportunity to go to Africa, as his dreams have told him to; and Adam becomes the chef at Holling’s Bar.

In our podcast discussion of episode 3.7 “Roots”, we mentioned a few of its echoes to 1.8 “Aurora Borealis”, the episode that introduced us to Bernard and Adam. For this week’s post, we decided to tease out a few of the echoes we mentioned — and many we didn’t — with images.

Golfing in Egypt with a Tomato Slice Shaped Like a Shoelace

Missing Together in the Middle of Nowhere

The Good: The return of Adam and Bernard! Enough said. (It was nice to see Elaine, as well.)

The Bad: Three important characters return at the same time, which makes this episode feel more cluttered than it might have. It would have been nice to have spent more time with all of them. 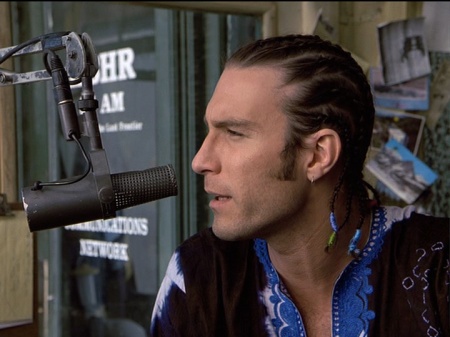